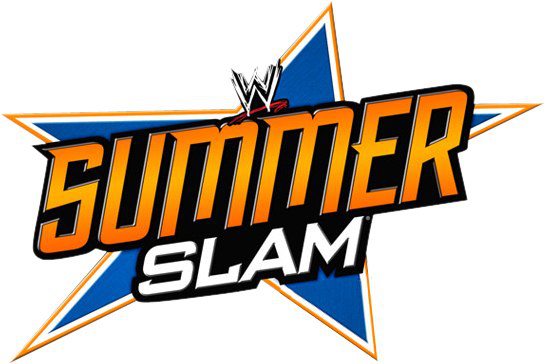 SummerSlam is always one of the main events put on every year by the WWE, and this year aimed to take the cake. Brock Lesnar Vs the Undertaker? John Cena  Vs. Seth Rollins in a title for title match? The star of CW’s Arrow in a tag team match? Seemed like a pretty good show by looking at the line up. Sadly, SummerSlam fizzled before the end of the show.

Spoilers ahead, so stop reading if you don’t want to know!

So, let’s break this down by the good, bad and the ugly:

The Tag Team Title match. The fatal four way match was very entertaining, and for once in my life, I wasn’t made that the New Day got the belts back. Clever match, clever ending, and the New Day starts to finally get over with the extremely tough New York crowd.

Stardust and Barrett Vs Neville and Stephen Amell. The match many would write off at first glance, this was actually a very entertaining match. Amell definitely held his own in this match, doing far more than most “guest wrestlers” have done in the past. Lots of high flying action, a heroic finish, and in the end, something we will remember from this dismal event.

Intercontinental Title match. Having Big Show, Ryback and the Miz square off for the IC belt is a match I felt was weak for this card, but the three pulled off a great match. Lots of showing of pure strength, of classic heel tactics, and an ending that fans would have done themselves if they were in the Big Guy’s shoes. Great title defense for The Ryback.

Divas three team elimination match. The match was slow when you look at the caliber of matches the new NXT women’s wrestlers are used to, but it picked up enough to make it a fun match. It also showed how Sasha Banks, Charlotte, Paige and Becky are in another league when compared to most of the divas roster. Seeing Brie Bella fight it out with Becky Lynch only exposed how Lynch is far beyond the Bellas in regards to actual, innovative wrestling. Glad to see team PCB pick up the win.

Kevin Owens Vs Cesaro. You knew this would be a knock down, drag out fight, and it didn’t disappoint. Cesaro continues to show why he belongs in the Heavyweight Title picture, and Owens shows why he belongs in the WWE. Both displayed high impact, crowd cheering moves, and in the end, even though I was pulling for Cesaro, I can appreciate a clean win for Owens. Someone tweeted out that this match would steal the show: and it just about did.

Randy Orton Vs Sheamus. I don’t have anything against either of the two, but having seen this fight and variations of this fight so many times, it was a boring and dull way to kick off SummerSlam.

Rusev Vs Ziggler. Another match we have seen more times than we should have. How do you make it worst? Have it end in a double count out… at a PPV. Never, ever end a match like that at such an event, it leaves the fans feeling cheated, trust me.

Roman Reigns and Dean Ambrose vs The Wyatt Family. I really like all four wrestlers in this match, and to be honest, it was an ok match. It’s just, well, like Randy Orton’s match, we have seen this over and over again, so it all came down to be pretty predictable. Give these guys a push and some better booking, they deserve better.

Cena Vs Rollins. Now, the match itself was great! Had the ending had a clean finish, I think whoever won would have earned the respect of the crowd. Instead, we get Jon Stewart coming in and ruining the match. He looked so out of place, and so unnecessary, it was a horrible finish to what could have been a great bout.

Undertaker Vs Lesnar. This is the match most will take offense to. It was a good match, a very decent match with both wrestlers leaving it all out on the mat. Then… the bell rang. Why? I blame it on sloppy writing… and sloppy management of said writing, and it should have never been allowed to happen. Then, it gets worse as the Undertaker LOW BLOWS Brock when the ref isn’t looking. Wait, it gets worst: after Undertaker takes a win by submission, we see in the replays that the Undertaker TAPPED OUT. The Undertaker- the dead man who has NEVER tapped out (save for that one controversial time again Angle, but that wasn’t official). Such a confusing way to end the show, it left me thinking “what the hell is going on?”. By the looks of the internet, I’m not alone.

Rating: I give SummerSlam a THREE out of FIVE. It could have been FAR better without the nonsense, but their were some bright spots along the way.