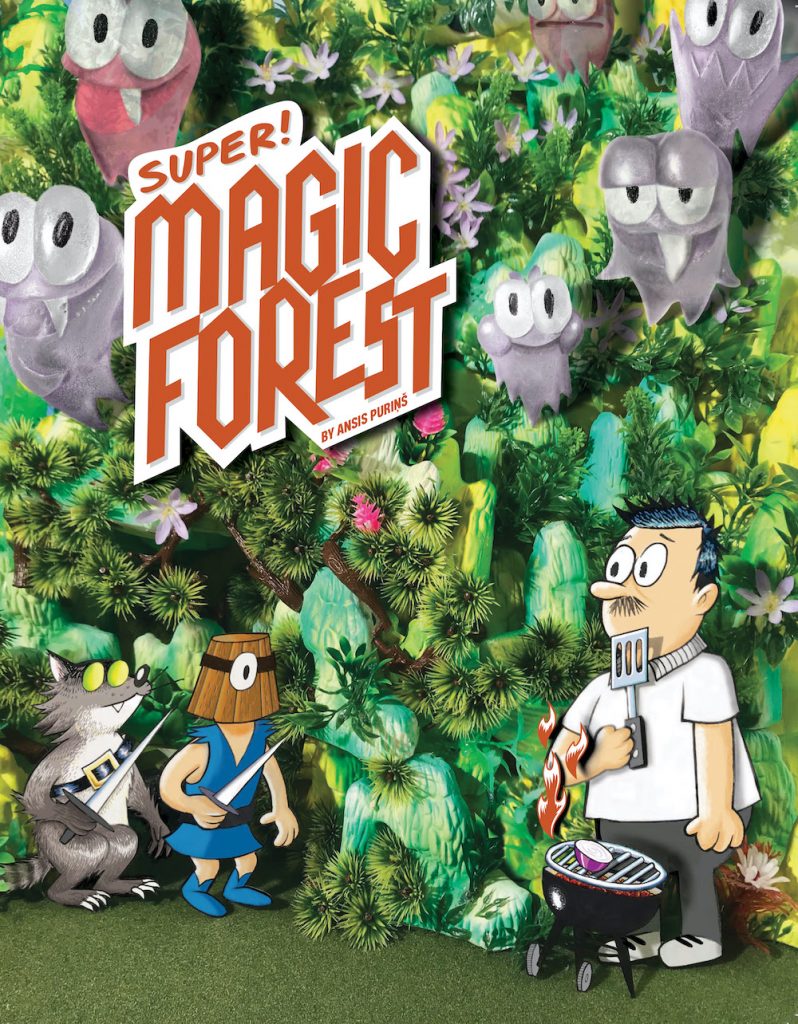 SUPER MAGIC FOREST out next week

Revival House Press is proud to announce the release of Super Magic Forest by Ansis Puriņš, the Xeric Award-winning writer and artist of Zombre. This all-new, 88-page full-color graphic novel invites readers, old and new, even deeper into the series and the lives of the creatures who inhabit the Magic Forest!

Twit Leaf the Elf’s day job is picking berries in the hot sun. He’d rather be a mighty warrior elf like his grandpa was. One day he wanders into the picnic area of the Magic Forest and finds a mysterious glowing box that some humans left behind. Suddenly he’s tasked with the heroic quest he always wanted! He is to return the vexing talisman to the shadowy Wizard who resides by the visitor center.