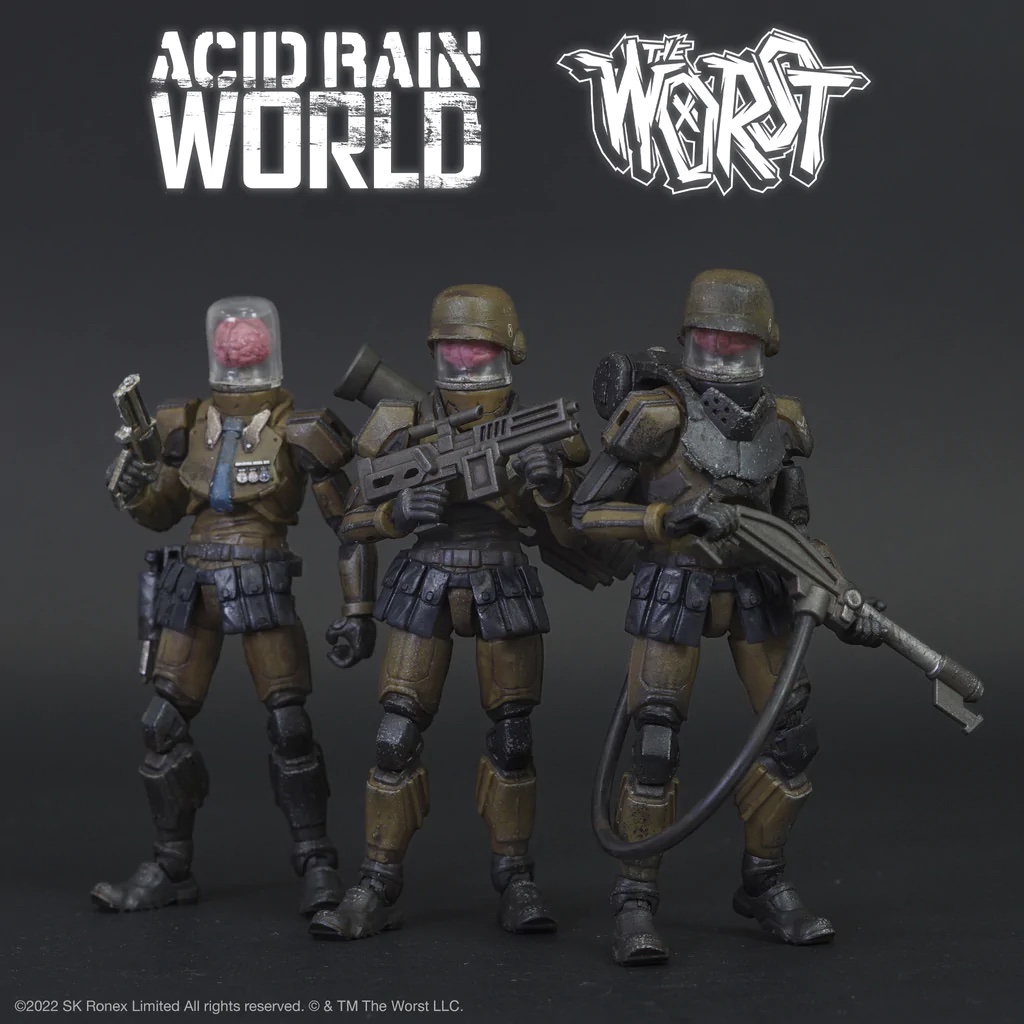 As a result of the distorted time-space of the Annex World, inter-dimensional portals of different worlds open and begin to intertwine with one another…

Cortex Commander and his army of cybernetic cerebral soldiers have traveled through one of these inter-dimensional portals to continue their diabolical campaign. Known as The Ruthless Mastermind of Chaos, Cortex Commander and his army have only one thing on their minds: intergalactic domination. Cortex Commander is linked with his medulla marines through a complex neural network, allowing him to control his legion of Cortex Infantry and Cortex Flame Troopers with surgical precision. Using mechanized suits and repurposed weaponry from defeated enemies, the Cortex Army continues to grow. Enemy combatants and anything foolish enough to get in the way are gone in an instant, like synapses firing in the brain – mind obliterating matter…

With the entire world in peril, will anything be able to defeat Cortex Commander and his bloodthirsty brain brigade? There are good guys. There are bad guys. Then there are… The Worst x Acid Rain World.

A Super7 collaboration with Kit Lau and his original action figure line, Acid Rain World, these highly detailed 1:18 scale action figures include 19 POA and interchangeable accessories. Available for pre-order until November 1, 2022! Figures will deliver in Q2 2023.