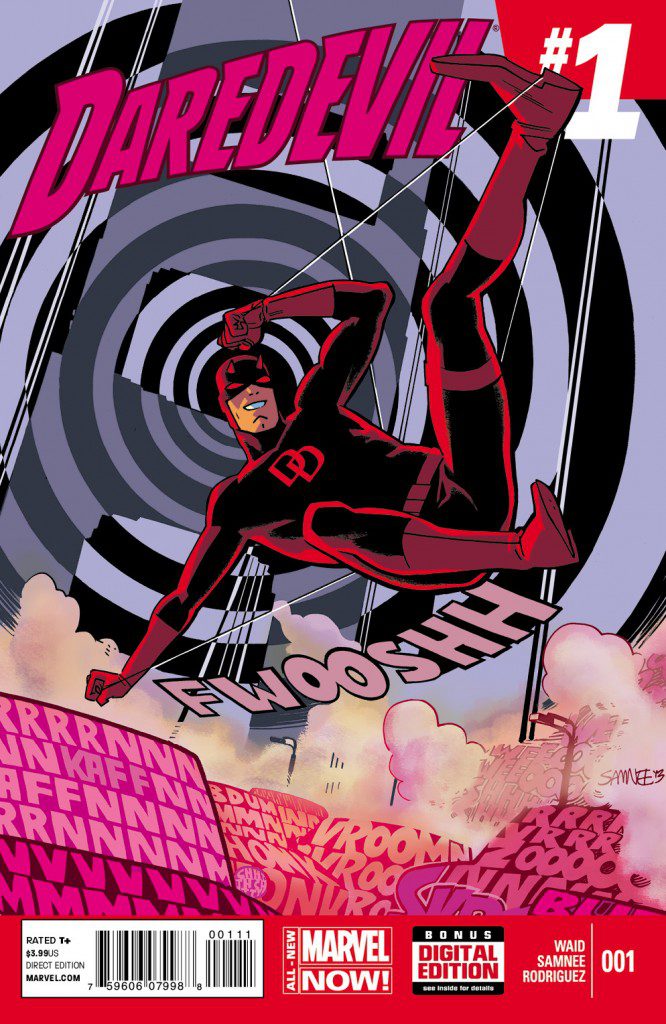 Beloved by critics and fans alike, Eisner-Award winning storytellers Mark Waid (Captain America, The Amazing Spider-Man) and Chris Samnee (Thor: The Mighty Avenger) re-team to take Marvel’s fearless hero in a bold new direction – starting with a move to The City by the Bay!

Spinning out of the groundbreaking new Infinite Comic series Daredevil: Road Warrior, Daredevil #1 marks a new start for Matt Murdock. Armed with an imperceptible radar sense and a passion for justice – the blind lawyer from Hell’s Kitchen is ready to make his mark on the Golden City’s streets. But, San Francisco local vigilante, The Shroud is already keeping the street safe – and he’s not ready to share the spotlight!

Big changes are in store for the Man Without Fear – as old haunts and familiar faces emerge ready to give the devil his due!

“Mark and Chris (along with Javier Rodriguez and Joe Caramagna) have made history on Daredevil over the past couple years,” said Senior Editor Stephen Wacker. “But their new plans for the Man Without Fear are their most exciting yet. This is a perfect place to jump on see what everyone is talking about.”

Every FIRST ISSUE bearing the All New Marvel NOW! branding includes a code for a free digital copy of that same comic on the Marvel Comics app for iOS and Android devices.

Daredevil #1 strikes this March!  For more on Moon Knight & All-New Marvel NOW!, please visit now.marvel.com and join in the conversation on Twitter with hashtag #MarvelNOW.