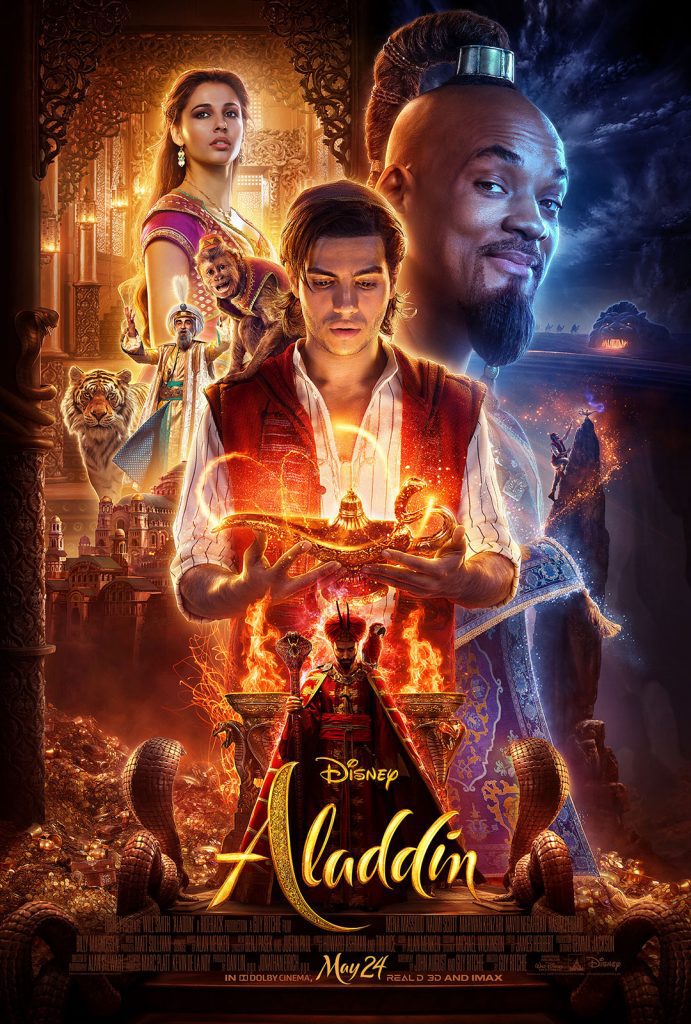 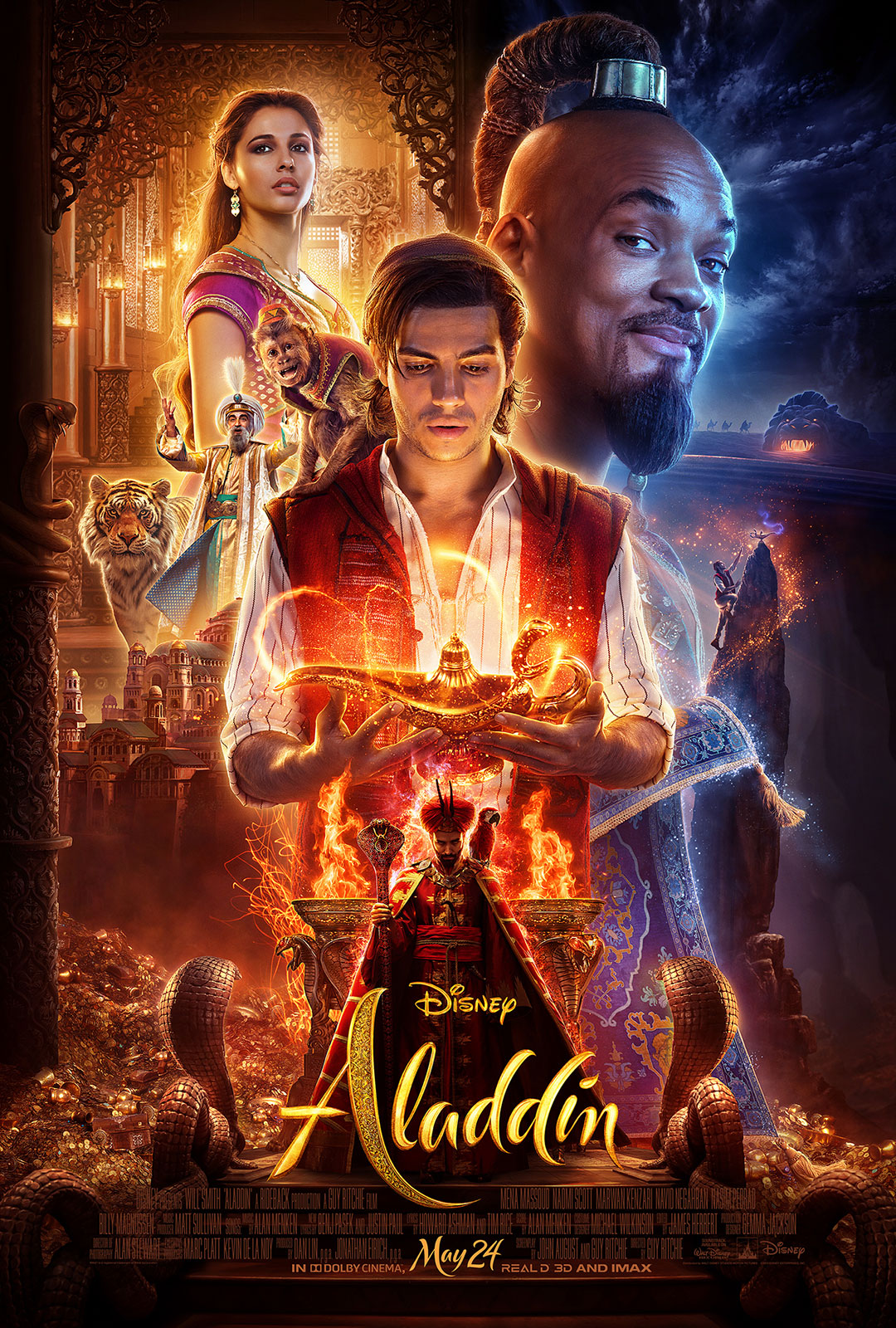 Back during my childhood years, Disney animated movies played a huge part. For me, Aladdin was always my favorite. Maybe it was the Eastern setting, the fantastic animation, the over the top Genie played by Robin Williams, the idea of having any wish you want granted: I loved it. Now in 2019, we get a live action version of the movie, starring Will Smith as the all-powerful Genie. So, how was it?

Directed by Guy Ritchie, the film stars Mena Massoud as Aladdin, the lovable thief that ends up stealing the heart of Princess Jasmine (Naomi Scott). But in his attempts to see the Jasmine again, Aladdin comes face to face with the evil Jafar (Marwan Kenzari), advisor to the Sultan. Jafar has a secret motive for needing Aladdin and his skills in thievery: he needs an oil lamp stolen from the Cave of Wonders. The puts Aladdin in a collision course to meet the Genie (Will Smith), who grants the young thief three wishes. But wishes cannot change who we are on the inside, so what can Aladdin do to improve his life and improve his chances with Jasmine?

Let’s talk about the point of a lot of controversy: Will Smith as the Genie. Yes, he is not Robin Williams, but Will Smith is an excellent choice for this role. The one-time rapper turned actor feels at home in the part of the powerful Genie, bringing a Will Smith flair to the humor and songs. I personally that he was terrific. The whole cast is for the most part: Mossoud is spot on as Aladdin, Scott plays the beautiful and strong Jasmine better than the animated film, and this Jasmine gets an ending that is more true to the strength of the character than in the animated movie. A new role goes to Jasmine’s handmaiden Dalia (Nasim Pedrad), who adds some awkward and well-balanced humor to the scenes she is in.

The only drawbacks would go to Jafar and the addition of the new song/scene. Kenzari does a decent job as Jafar, but he lacks that sinister vibe that the animated Jafar had. The automatic invocation of evil when you saw the old Jafar on the screen isn’t here, making for the villain to not quite live up to this fantastic movie. The addition of the new song ’Speechless’ feels forced and out of place. It is made to again show the strength behind Jasmine, but it feels more like a forced message in an otherwise excellent film.

I loved this version of Aladdin. The few missteps I pointed out do not detract from an otherwise fantastic film. Aladdin captures the magic of old for a brand new era; no wishes needed to enjoy this.