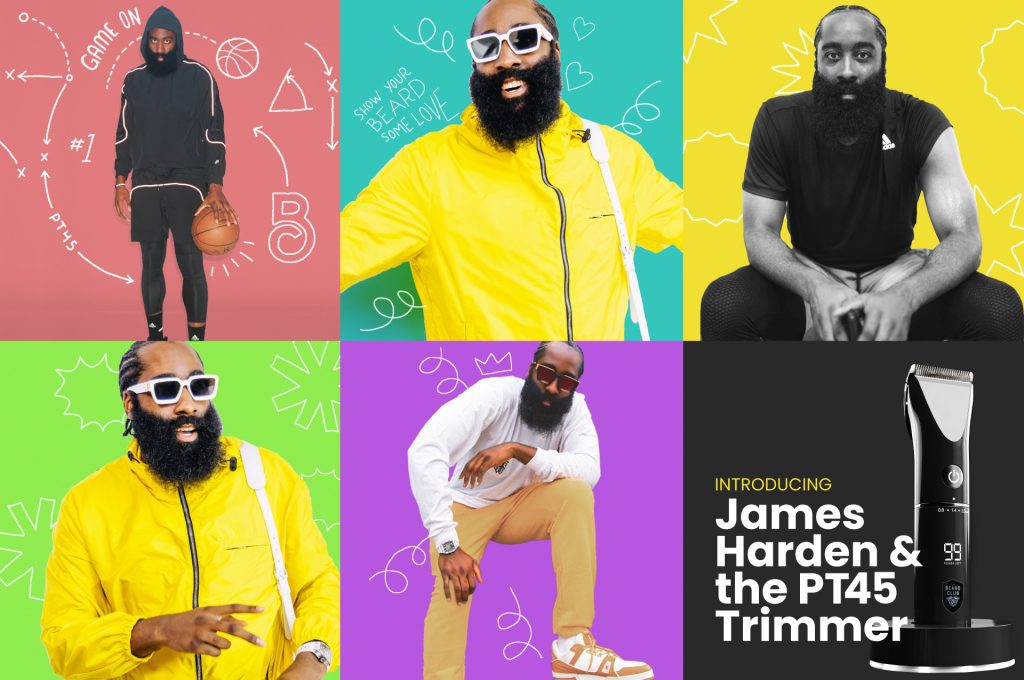 The Beard Club, the company that delivers a curated toolkit of premium, beard-first men’s grooming essentials, announces today that National Basketball Association (NBA) star James Harden joins their team as an investor and Brand Champion. In this role, Harden will partner with The Beard Club to advance brand awareness and bring fresh perspective and style to beard grooming and beyond.

Ten-time NBA All-Star and third-leading three-point scorer in NBA history, Harden is broadening his horizons in the men’s grooming space. Following his rise to fame during the 2011-2012 season with the Oklahoma City Thunder, ‘Fear The Beard’ became a trademark threat of Harden’s, most prominently following the team’s victory in the Western Conference championship. Years later, poised on a new team after a trade sent him from the Brooklyn Nets to the Philadelphia 76ers, Harden has quickly solidified himself among fans, not only as a force to be feared on the court but also as a bearded style icon around the world.

The Beard Club, founded in 2015, has successfully established itself as the authority in beard products. The company makes living ambitiously feel effortless by delivering thoughtfully curated men’s care products, such as the PT45 Beard and Hair Trimmer and Beard Growth Derma Roller. Within the rapidly growing men’s grooming market, The Beard Club has become the trusted brand for beard growth and grooming, propelled by a passionate team that seeks to bring purposeful innovation to the market. Harden, who began his beard journey in 2009 and has since embraced different stages of growth, will further support The Beard Club by leveraging his reach to expand brand recognition and affinity across markets.

“We’re stoked to have James officially join The Beard Club family,” said Bryan Welfel, CEO of The Beard Club. “We’ve been somewhat quiet about building the largest brand in beards over the last few years, but I think a lot more people are about to realize what we’ve done. If you’re going to partner with the biggest beard in sports, you better have something special to offer, and fortunately, we do. We’ve been laser-focused on product innovations like the PT45 Beard and Hair Trimmer and the Derma Roller for Beard Growth, both of which have sold out multiple times since we introduced them. Adding a partnership with James Harden to the mix is like adding rocket fuel to an already raging fire in an exploding market.”

In the months ahead, The Beard Club and Harden will collaborate on business initiatives that support the brand’s mission to offer premium men’s grooming solutions to consumers and assist them in their daily routine.

“It’s great to join The Beard Club team during this key time in their journey. The team has built a significant business entirely online and primarily via word of mouth from their customers,” said Harden. “I know the impact a beard can have on confidence, and I hope a lot more guys can experience that feeling. The business’ plans for expansion are exciting, and I’m happy to lend my platform to the mission. The growth of the men’s grooming market coupled with men dropping their shaving habits in favor of growing beards makes this new venture an exciting moment for everyone involved, and I look forward to helping to make The Beard Club a household name.”

For more information on The Beard Club, please visit thebeardclub.com.