The Next Marvel Movie-Guardians of the Galaxy in 2014 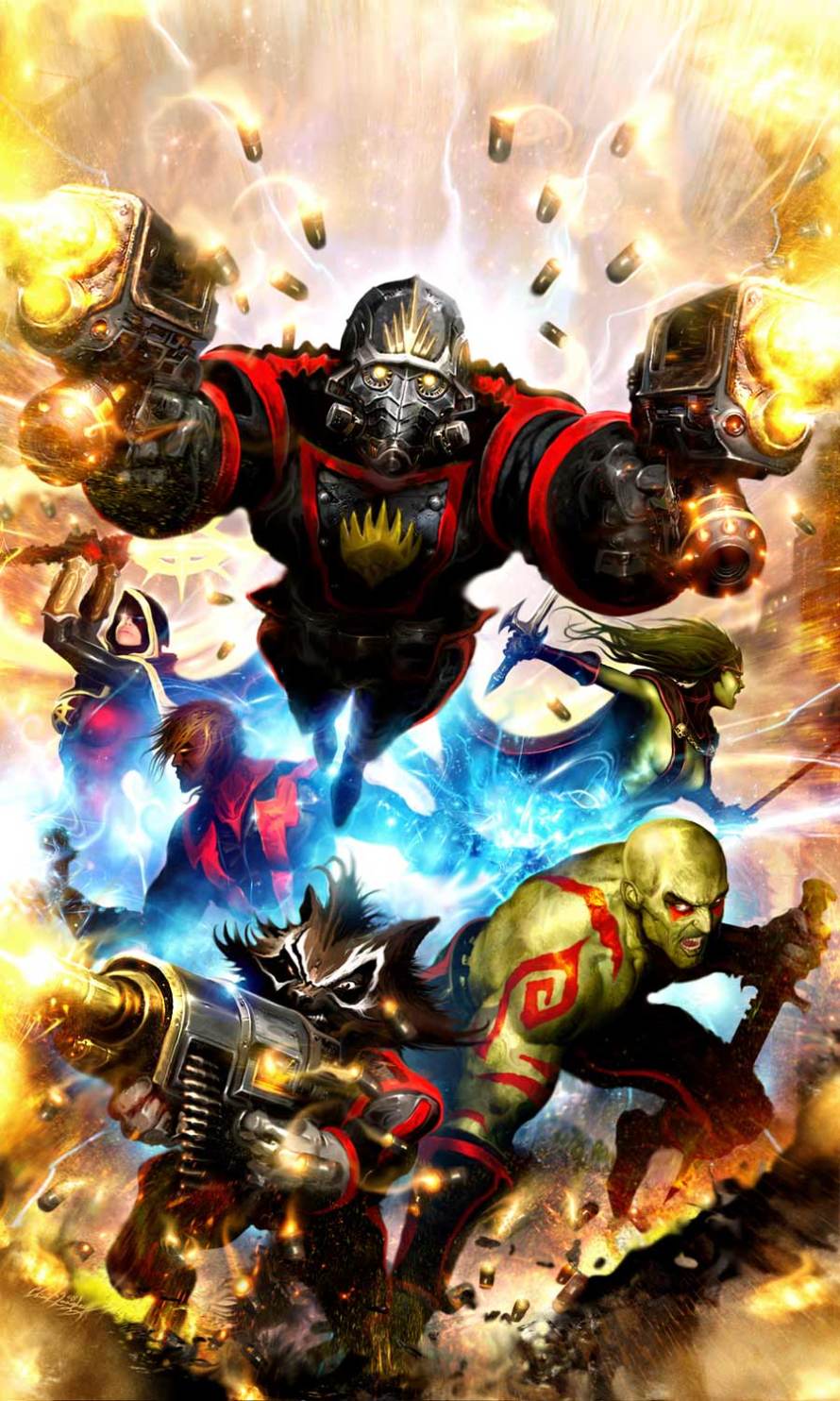 Deadline confirmed today that the rumors are true: Marvel’s next movie license will be the Guardians of the Galaxy, slated to hit the big screen in August 2014. The Guardians have been a mainstay in Marvel for years, with their most recent incarnation gaining massive popularity. Led by Star Lord, the guardians include Rocket Racoon, Groot, Gamora, Drax the Destroyer, the female Quasar and Adam Warlock. Past guardians/comrades include Captain Universe, Nova, Mantis, and more. Personally, I am very happy to see this happen, as the Guardians series was an amazing read. Who will they fight? The Mad Titan himself, Thanos! Check out an excerpt from the Deadline article:

Disney announced today that a ‘Marvel Untitled’ movie will be moved to August 1, 2014 after first being dated May 16, 2014. Now sources confirm to Deadline that this film is indeed the intergalactic superhero team Guardians of the Galaxy coming to the big screen. Unconfirmed fanboy rumors circulating for weeks had this before us, but always secretive Marvel as well as Disney are not confirming anything. It appears the plan is to have the Guardians fight Thanos, the grinning evil purple character seen after the credits in this year’s The Avengers. In the Marvel universe, the time travelling Guardians, who were rebooted in comic form in 2008, consist of Adam Warlock, Drax The Destroyer, Gamora, Rocket Raccoon, Groot, and Phyla-Vell/Quasar.