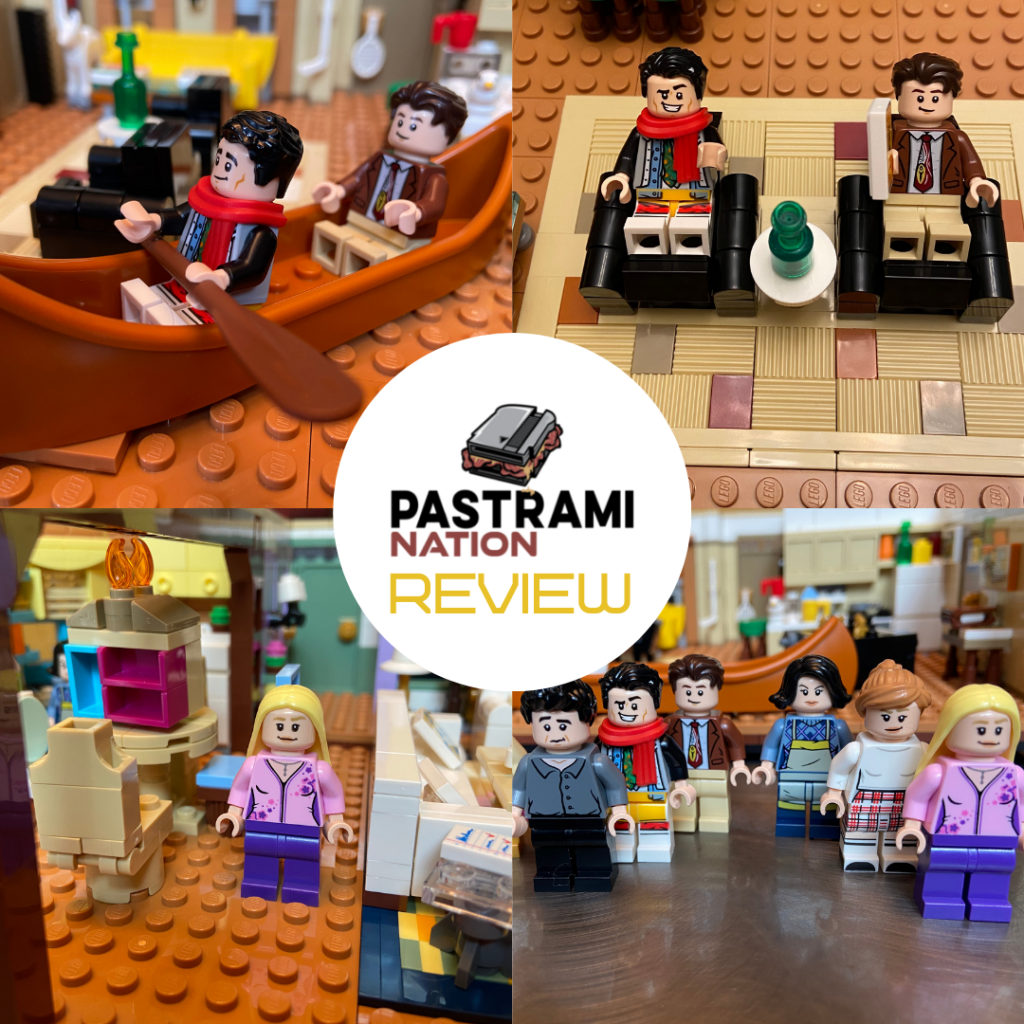 “The One With All The Bricks” – Lego Friends Apartments Review

Friends is one of the most successful television shows in history. Even though it ended almost 20 years ago, it’s still front and center in the pop culture landscape. It was the crazy show that could, the one that nobody thought was going to be a success, and ended up launching the careers of its young cast. It followed the lives of Rachel, Monica, Phoebe, Ross, Joey, and Chandler, a tight-knit group of friends, as they traverse the big city finding love and learning about life along the way.

If 2021 is any indication, the phenomenon is not going to slow down anytime soon. With a reunion special airing on HBO Max, the hype and nostalgia is bigger than it’s ever been. Fans of the series are having a great year, and toy company Lego is adding to that excitement. With its Friends Apartments set, Lego has recreated the iconic apartments from the show brick by brick in one of its most ambitious sets yet.

This isn’t the first time that Lego has created a set based on the television series. The first set was released in 2019 and was a recreation of the Central Perk Cafe. In comparison to this new set, that one was pretty small with 1,070 pieces. At almost a thousand more pieces (2,084), the apartments take up more space, have more detail, and are so much fun to build.

As you can probably imagine, a set like this will keep you occupied for a while. A little confession about me, I suffer from anxiety and panic attacks. There is something about holding these bricks and putting them together that helps ease that anxiety and makes all of the stress go away. Sets like these have worked wonders for that part of me, and it makes it even cooler when it’s something like Friends, which has been a huge part of my life. Lego is amazing at letting you live in your favorite worlds, building them, and recreating your favorite scenes, and this one is no different. With every piece, I could feel it all coming together, and the excitement grew the more progress I made.

Upon receiving the package, the box alone was enough to get me excited. It’s a big box, and its design is simple and lets you see exactly what you are getting. Inside are 15 individual packages containing the bricks you will use to create your masterpiece. Also included is an instruction booklet and a page of stickers which help recreate the magic. As per usual with Lego, the instructions are broken down simply, with each step of the process coordinating with a numbered bag. The booklet also gives you a little bit of history about the show, the build and of course, its creator.

The first thing you are going to build is Joey and Chandler’s apartment. It’s a massive contrast to the other apartment, with its color scheme consisting mostly of beiges and browns. The next is the hallway connecting the two dwellings. The final piece of the puzzle is Monica and Rachel’s, which is a more colorful and pastel setting. Both of them are incredibly detailed, and each one is about the size of the Central Perk set.

The set comes with a total of six mini-figures. You have all of the main characters plus an extra bonus friend. This one comes with Janice, Chandler’s longtime off and on again girlfriend, with a winning laugh. The cool thing about the figures is that they are all designed after iconic moments of the show’s history. If you already own the Central Perk set, fear not. It, too, offers the main cast as figures, but they feel completely different. Plus, if you own both, you will have a total of 14 figures (Gunther was the bonus in the Perk set), and that’s a whole lot of Friends.

One of the best things about this set is the amount of details and fan service it contains. There are so many references to the show’s history throughout that it’s bound to make every fan happy. The reclining chairs are amazing at recreating one of the series trademark moments. The set contains three different stickers you can place for the small whiteboard behind Joey and Chandler’s door. There is also a foosball table and the white dog statue in the corner. Phoebe’s dollhouse, Gladys (her nightmare-inducing sculpture), and even Monica’s junk closet are some of the things you will be able to build.

If you are a fan of Friends, this is a no-brainer. The finished build is beautiful and is everything you can ask for. It’s built like a television show set, even coming with stands to hold the stage lighting. It’s a bit big and a bit pricey ($149.99 USD), but it’s worth every penny. It is the perfect addition to the Lego Central Perk set and will look amazing displayed with it. I highly recommend picking it up.