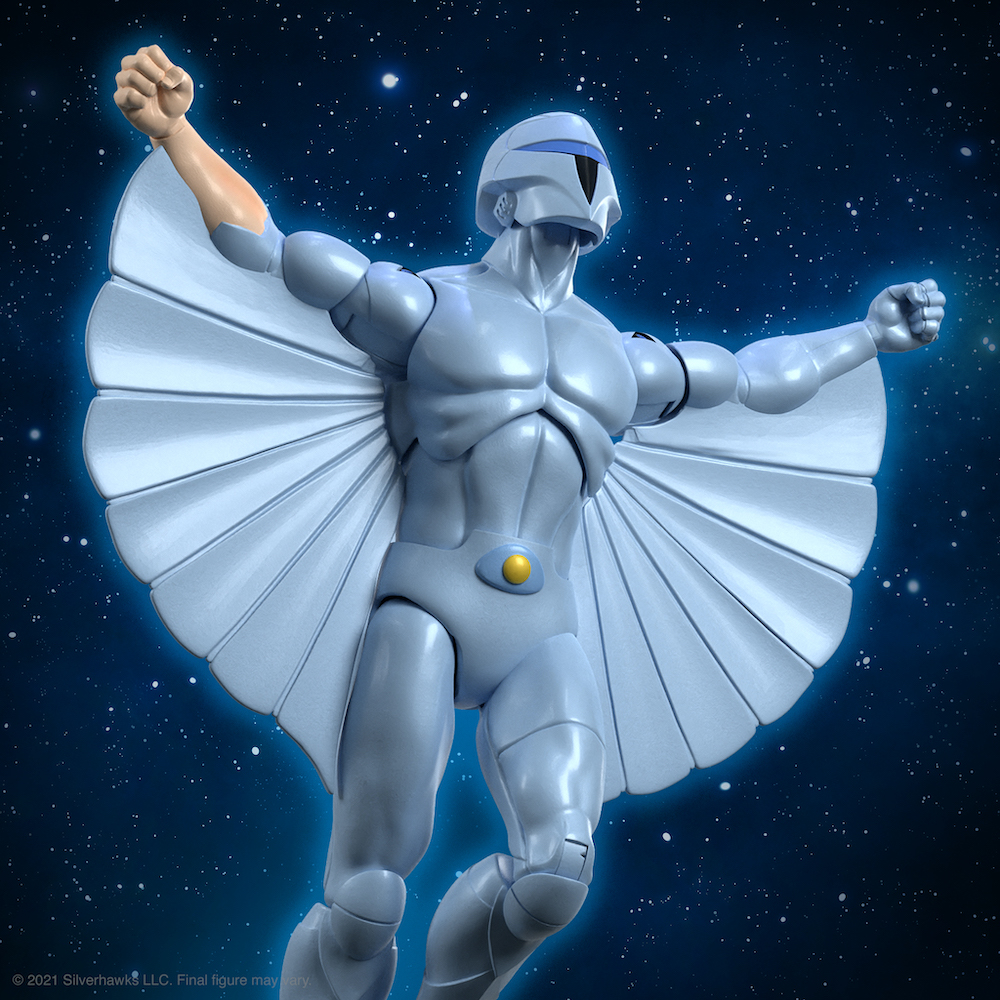 Super7 is excited to announce that the partly metal, partly real heroes of SilverHawks will be making their way to toy collections once again.

The first wave of SilverHawks ULTIMATES! figures includes their leader, Quicksilver, and the intelligent and extremely strong Steelheart, as well as the villainous mob boss Mon*Star and his robot henchman Buzz-Saw.

“At long last, it is a pleasure to finally bring back SilverHawks to battle Mon*Star and the forces of evil throughout the universe,” said Super7 Founder & Owner, Brian Flynn. “What is super exciting is that the ULTIMATES! figures are just the beginning. We have a much larger relationship with SilverHawks LLC, and we will see SilverHawks available again for years to come.”

Additional SilverHawks ULTIMATES! figures can be expected later in 2021 and beyond.

SilverHawks was an animated television series developed by Rankin/Bass Productions in 1986, intended as a space-based equivalent of their previous series, ThunderCats. A total of 65 episodes were produced, leaving behind a cult following eager for more “partly metal, partly real” heroes.

Super7’s super articulated ULTIMATES! 7” figures are the premiere fan product. They are made-to-order figures that come with a huge assortment of extra features, making them the most exceptionally intricate expressions of the character that can possibly be made.