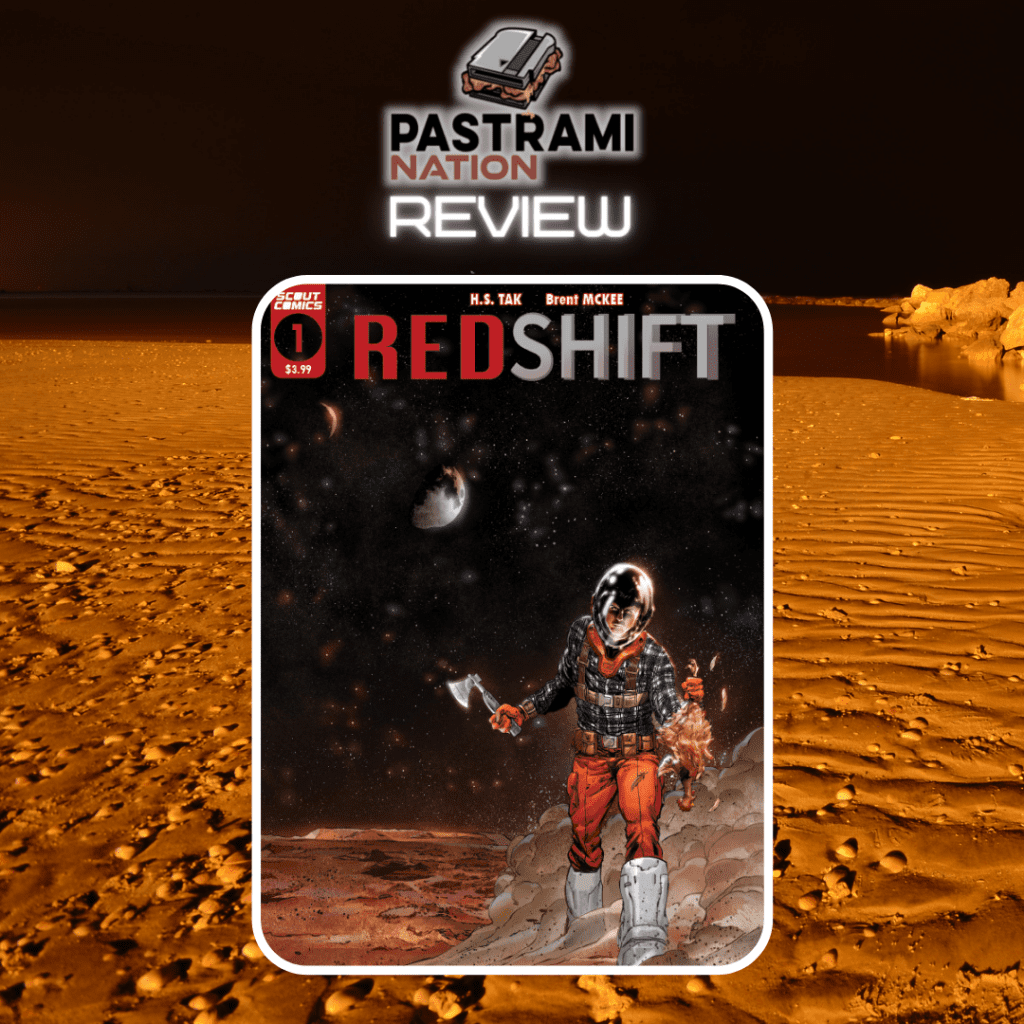 I am a massive sci-fi and space fan. When I saw the latest offering from Scout Comics with a Martian farmer holding a chicken on the planet’s surface on the cover, I knew I had to check it out. And I will tell you; I am really glad that I did.

Redshift tells the story of a Martian colony that is mining ice and running short on time. The main character is Hellener Drake (Hellz for short). Following a tragic incident during his Voyager training, he drops out of contention to be the next Voyager looking for humanity’s next home. That is why he is so surprised when he is selected anyway. He is hesitant to go along with it because his Mom was a Voyager and never returned. His father and brother are concerned for him because they do not want to lose him as well.

The story is very well told. H.S. Tak has created likable characters and a very interesting back story to start a new series. I liked the dialogue and character development.

Not only is the story entertaining, but the artwork is fantastic as well. Brent McKee’s artwork flows along with the story, and I felt like I was watching the comic just as much as I was reading it.

Overall, this was a great read that left me with one burning question. It seems that the only person who can save the future of humanity is a reluctant ice miner on the surface of Mars. Will he find a new planet for the last of mankind to survive on, or will he suffer the same likely fate as his mother?

I am looking forward to reading more and finding out! Sign me up for the next shuttle to Redshift!