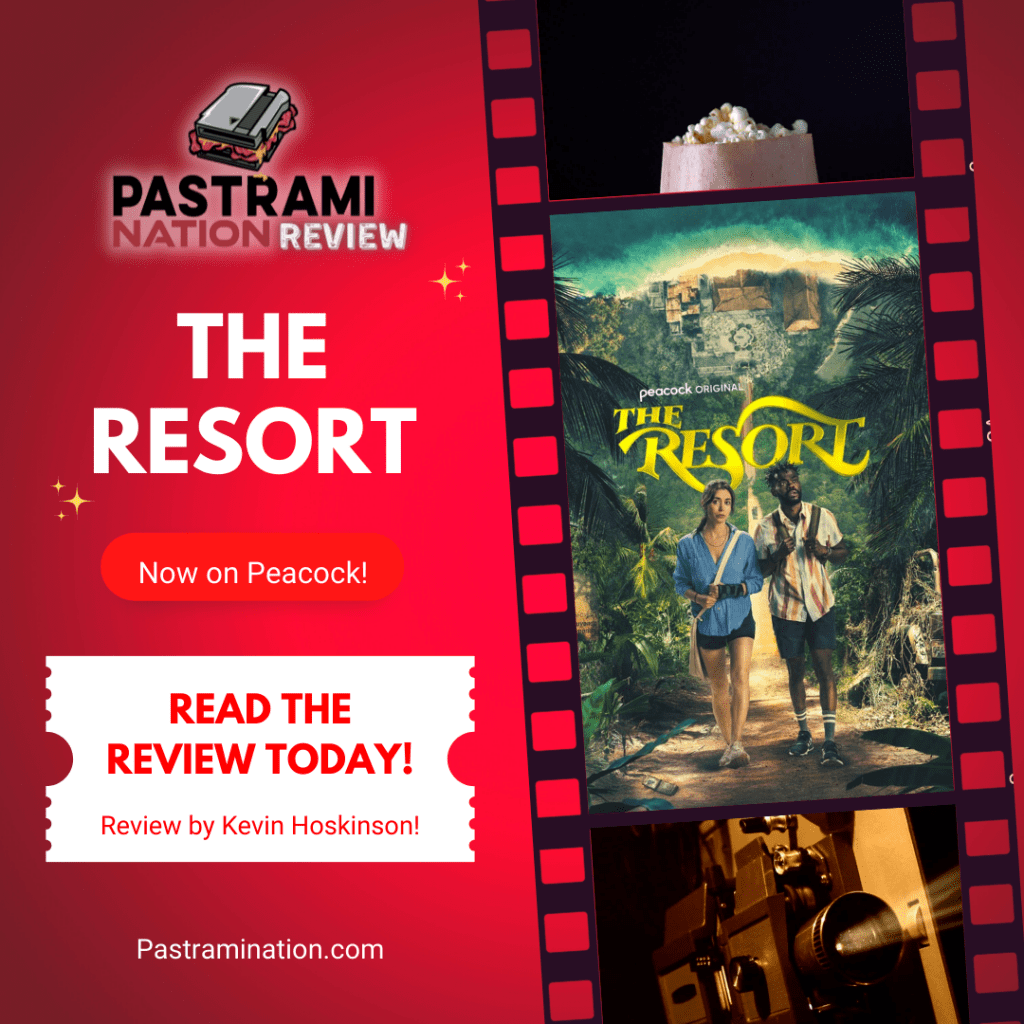 Dealing with grief isn’t a new idea, but when presented to us it feels new again. I would propose that the reason for that is because everybody deals with it differently. Therefore, every time we see it, it’s something we haven’t experienced yet. It makes for good drama but can also bring about the most hilarious and human side of us, the side that nobody ever gets to see. It can also lead to an adventure, the kind that might not have been taken if not for the traumatic events in our lives. The Resort is about such a journey and one that can easily be summed up as heartfelt, darkly hilarious, and life-changing.

The life-changing element isn’t referring to the audience but the characters within the world of the show. There is a possibility that it will change your life through familiarity with the subject matter, but I digress. The limited series on Peacock is about Emma (Cristin Milioti) and Noah (William Jackson Harper), a couple celebrating their anniversary by visiting a Mexican vacation resort. They have been together for ten years, and unfortunately, things are not as good as they used to be. Emma is feeling suffocated and is sick of not having fun, while Noah is starting to feel like they aren’t a team anymore and that she would rather work alone. This vacation is their last chance to course-correct everything before it’s too late. Almost as soon as they arrive, they are drawn into a mystery involving two missing teens that occurred fifteen years before their arrival here.

The Resort is a giant LEGO set begging to be put together. Each episode is full of bricks that get locked into place. But as most LEGO enthusiasts and builders know, there often comes a point where you think everything is where it needs to be until one part of the build comes along, and you realize you messed something up along the way. That is your mindset while watching this. You have it all figured out until a giant revelation comes along, and you need to reassemble everything you thought you knew to create something beautiful. Every episode is essential to the series, offering something new and contributing to the mystery at hand.

While the human element is the most important part, it would be a shame not to mention the other elements that make the show work so well. Written and created by Andy Siara (PALM SPRINGS) along with Sam Esmail (MR. ROBOT), the show weaves elements of sci-fi and metaphysics throughout. It doesn’t dwell on these ideas, but it plays a significant part in the story. As the couple continue their journey, they discover that there is more at play than meets the eye. There are points where they realize they might be in over their heads, but that never stops Emma, which in turn forces Noah not to give up either. The clues they come across often seem improbable but never impossible, which allows them to carry on. When something feels like the latter, a new revelation comes to light that puts it in the realm of possibility. At times it feels like the kind of show another character Harper portrayed (Chidi in THE GOOD PLACE) would write, one full of philosophy and dealing with the very nature of reality and time itself.

There is so much to love about The Resort. It deals with themes of loss and grief while also tackling ideas that make those feel so small in the whole scheme of things. Even though it does that, they never feel insignificant, and there is a reason for it all. It may sound like a downer but don’t be fooled; it’s also very funny. The cast is outstanding, featuring standout performances by Luis Gerardo Méndez, Gabriela Cartol, and Cristin Milioti. It is my favorite show of the year so far, and I urge you to check it out. All episodes are now streaming on Peacock.