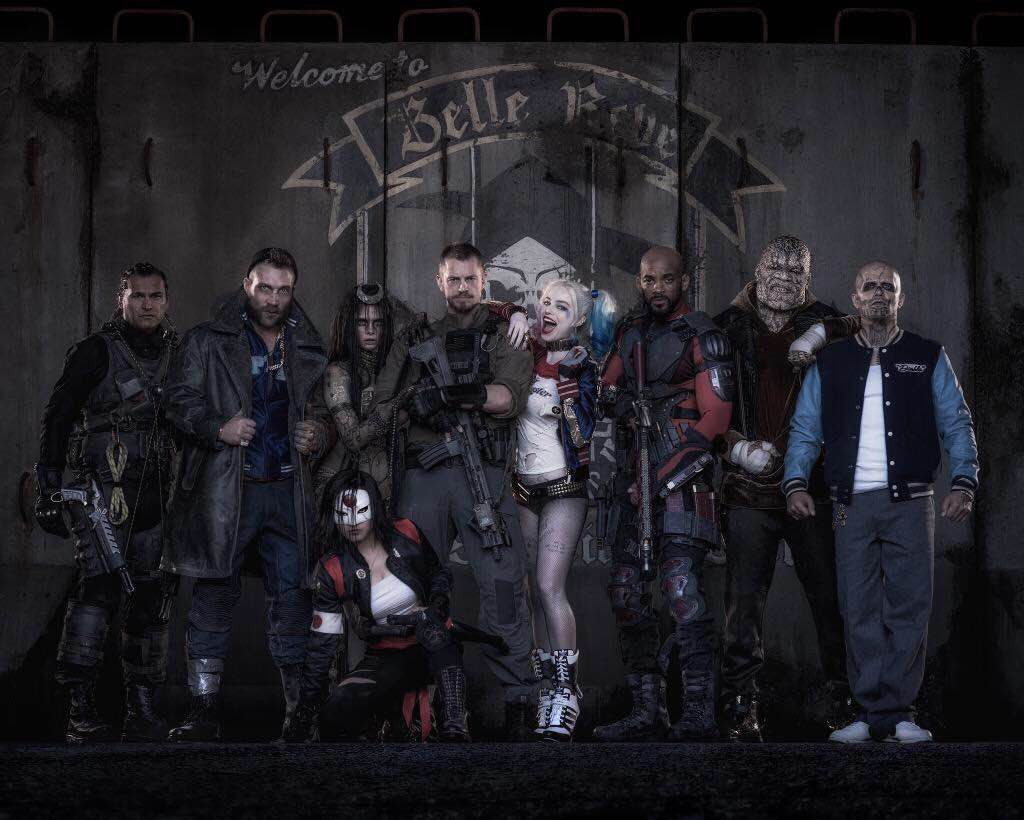 David Ayer, director of the upcoming Suicide Squad, tweeted out two photos today: one of a group shot of Task Force X (AKA Suicide Squad), and one of Will Smith all decked out in his Deadshot attire.

What a great looking group. Here’s the breakdown of who’s who: Margot Robbie as Harley Quinn, Will Smith as Deadshot, Joel Kinnaman as Rick Flagg, Jai Courtney as Captain Boomerang, Cara Delevingne as Enchantress, Karen Fukuhara as Katana, Adewale Akinnuoye-Agbaje as Killer Croc, Jay Hernandez as El DIablo, and Adam Beach as Slipknot.

That Deadshot suit and mask look amazing. Harley isn’t rocking her trademark outfit, but I can’t see anyone really complaining about that… or maybe the internet will explode with outrage over it? Who knows?