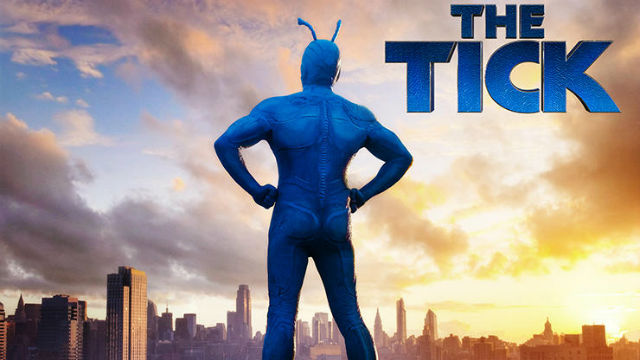 The Tick Season 1 Review: A “Spoon” Full of Fun

When Amazon Studios announced a new series based on The Tick, many fans of the blue-clad hero were nervous. A live-action attempt had already been made (with the awesome Patrick Warburton) and fell flat on its face. Could Amazon do better?

The answer is Yes. Not only is the series fun, but it is also really funny. From the first spoken words (You’re Reindeer is on fire), fans got a good look at the tone of this new take on The Tick. This tone mixes comedy, superhero action, and complete ridiculousness in a way fans have not seen since Mystery Men (a very underrated movie).

Peter Serafinowicz is a fantastic Tick. He nails the character and really brings him to life. While the show is called The Tick, it is actually about Arthur (played by Griffin Newman). A traumatized loner, Arthur has his world turned upside down when he becomes a superhero in his own right. Newman shines as the unsure, but heroic character.

Not to be outdone by the heroes, the villains give great performances as well. Jackie Earle Haley plays The Terror, a menacing evil genius that is as ridiculous as he is scary. Yara Martinez plays the surprisingly complicated electrical villain Miss Lint. Starting as a glorified henchman, she grows into a true threat in her own right.

The supporting cast is also amazing. With unforgettable characters like Dot, Overkill, and Dangerboat (Who doesn’t love Dangerboat?), The Tick will keep your eyes glued to the TV.

With impressive writing (with episodes that made you wonder if The Tick is really in Arthur’s head, or if he is a robot) and a great cast, The Tick is definitely a must-see binge.