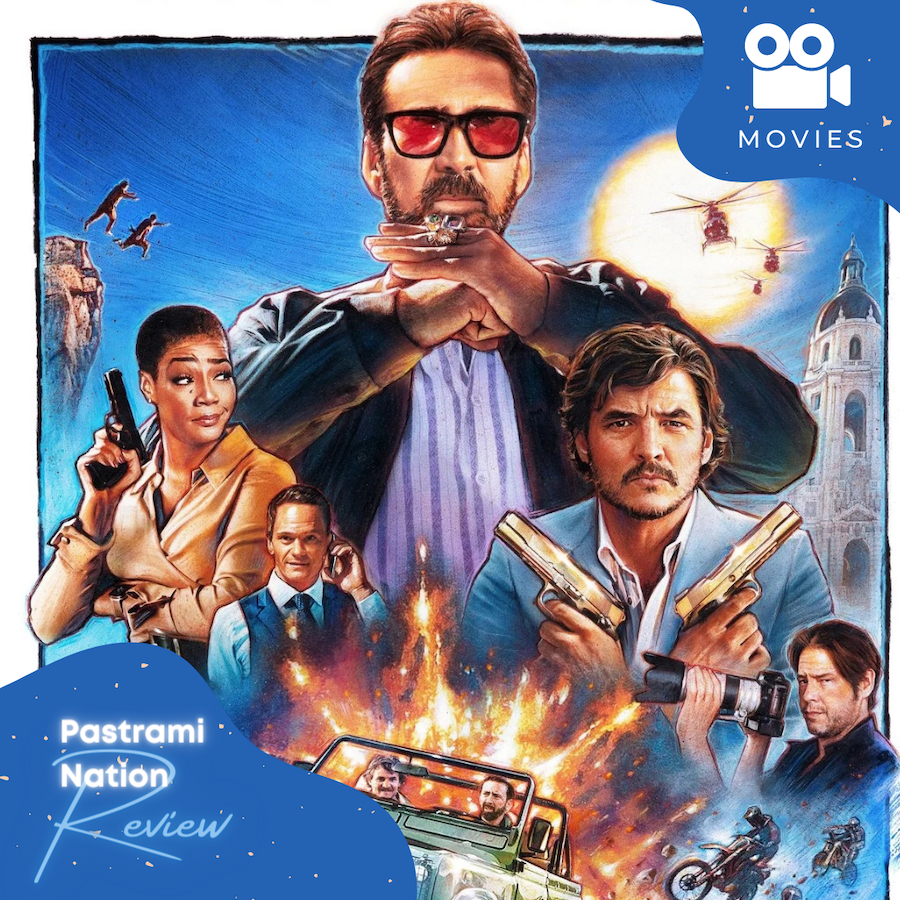 Nicolas Cage has portrayed a wide array of characters over his illustrious career. He’s played the teenage heartthrob in Valley Girl, an incompetent bank robber in Raising Arizona, an FBI chemical warfare expert in The Rock, and a convict trying to get home to his wife and daughter in Con Air. In what might very well be one of the finest roles of his career, Nicolas Cage plays Nick Cage opposite Pedro Pascal in The Unbearable Weight Of Massive Talent. This action/comedy works despite some of its fundamental flaws.

Nick Cage is an unfulfilled and down on his luck actor facing financial ruin. He is desperate to reinvigorate his career and will do anything to get a role that means something again. When his agent mentions a gig that involves making an appearance at a wealthy fan’s birthday party for a million dollars, he reluctantly takes the job. While there, he meets Javi (Pascal), the billionaire who arranged for his visit. While in town, he is unexpectedly recruited by the CIA for an unusual mission. Cage soon finds himself playing the role of a lifetime as he channels his most iconic characters to survive his own real-life action film.

Massive Talent is part character drama but mostly a by-the-numbers action/comedy, which isn’t necessarily bad. An overarching plot revolves around Nick trying to be a good dad to his teen daughter Addy (Lily Sheen), which adds additional emotional weight to the film. On top of a massive amount of debt, she is the reason he is trying to do better in his career. It is about money, but a lot of it has to do with how his daughter, and the world, will remember him. This motivates him to take the gig to meet one of his biggest fans.

The story takes off when Cage and Pascal begin to share the screen together. There is a spark between them from the very start, and their chemistry is unlike anything before. Pascal’s Javi is one of the world’s biggest Cage fans, and it shows in the performance. He’s like a child meeting Mickey Mouse for the first time, full of giddy joy and pure ecstasy. The two build an unbreakable bond, and it feels like you are watching something magical happen right before your eyes. The two are absolutely adorable (for lack of a better word, but don’t worry, it’s still very “Manly”!), and it’s pure joy when they are getting into antics together. Without spoiling it, there is a scene when they are both on LSD, which is worth the admission price alone.

The movie’s structure flows the way you would expect, with a few tweaks here and there. There is the hero in over their head, action sequences that carry the story from one scene to the next, and a villain who would be right at home in a ’90s adventure film. The thing that makes it work is the chemistry between the leads and the rest of the cast. Recently there has been a renaissance of sorts with these types of movies (Uncharted, The Lost City), but neither of those nailed it. Massive Talent gets it right and delivers a solid, action-packed adventure with plenty of comedy to spare. The movie could have been a non-stop barrage of Nic Cage references, and while there are some, it’s set to a minimum. It’s really good, and you should definitely check it out!