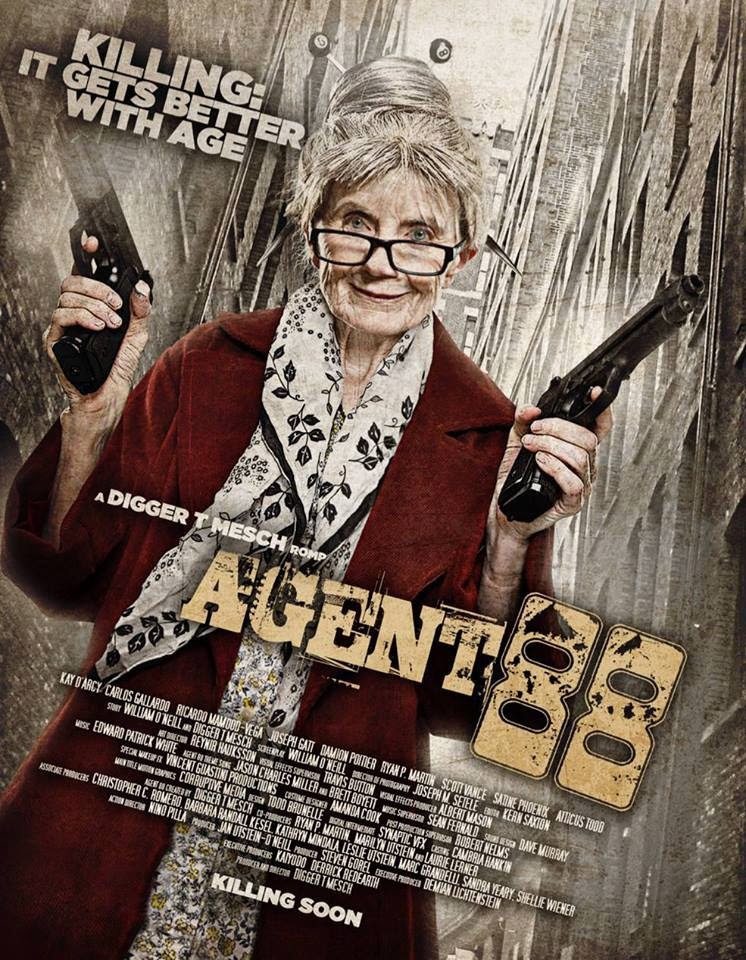 The World’s First Geriatric Assassin is Back: Agent 88 is Now on Youtube!

By Nolan P. Smith
What’s better than a story about a kick-ass, bloody story about an unstoppable assassin? Well, make the assassin a senior citizen! That’s Agent 88 for you, a short film that ramps up the violence in the same vein as Kill Bill, but with the British charm of 007. Starring an 88 year old woman who teeters on the verge of Alzheimers; that’s a dangerous combination- Alzheimers and the skills of an assassin.
We spotlighted Agent 88 throughout its Kickstarter campaign and after: it was easily one of the best projects we have spotlighted, and the film itself turned out to be a slice of violence heaven. Now that the film is on Youtube, free for all to see, as well as free at www.agent88films.com, there’s no reason to say you haven’t seen it.

The film can be seen for FREE at www.Agent88Films.com and on the Agent 88 YouTube channel at www.youtube.com/watch?v=Guqs23eQREU.

The worldwide online release was on August 8th, 2015. That’s 8/8 for you mathematicians and numerology freaks out there.

I can’t recommend Agent 88 enough. Created by a combination of super talented individuals, including Digger T. Mesch, from the hit comic book The Other Dead and the super popular Art Asylum, this film should not be missed! Check it out!!!