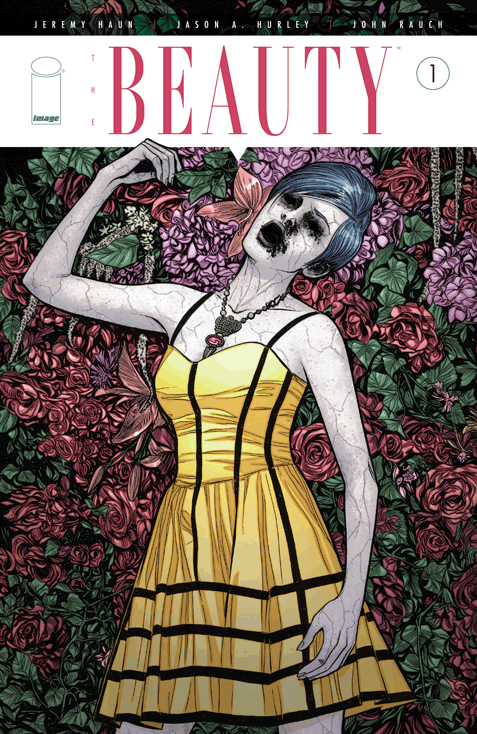 The Beauty #1 Review: Looks Are Everything

Having won Top Cow’s Pilot Season contest back in 2011, The Beauty finally comes to print for Image Comics on August 12, 2015.

Imagine a world where everyone is dying to catch a sexually transmitted disease. In this case, the STD is called The Beauty. This virus transforms its hosts by dropping their weight, toning their muscles, and making them look generally beautiful. With a constant slight fever as the only side effect, almost half of the world’s population has been infected (with many catching the virus intentionally).

When a woman with the virus dies mysteriously, detectives Foster and Vaughn must determine if her bizarre death is related to the illness. If it is, there could be far reaching consequences for both detectives and all of humanity.

This concept is genius. It asks the question: How far would you go to be attractive? The series serves as a social commentary about today’s “beauty at all costs” society. It is easy to believe that many people would intentionally give themselves a virus if it improved their looks, no matter what the side effects.

Jeremy Haun (pulling double duty as co-writer and artist) and his co-writer Jason A. Hurley do a masterful job creating characters that draw the reader in and move the story forward. With a visual style that brings The Beauty to life (thanks to Jeremy Haun’s amazing art), this book has the brains and the looks to be a huge hit for Image.

1 thought on “The Beauty #1 Review: Looks Are Everything”