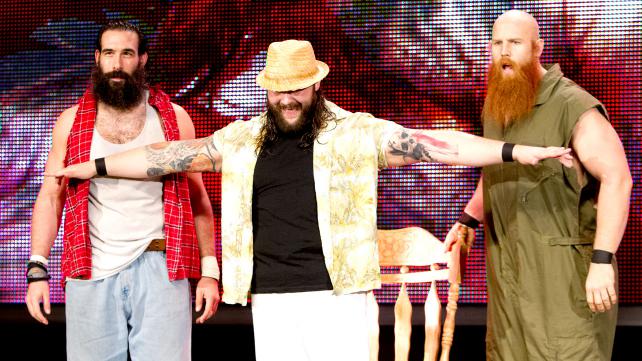 The Wyatt Family Has Arrived in the WWE: What Did You Think?

This Monday saw the debut of the much hyped Wyatt Family on WWE Raw: and wow, did they make an impact. The demented trio made their on screen debut after Kane had just defeated Christian. The music hit and…well…just watch the video below:

So, what did you think? Personally, I thought it was a great debut for the group. I have been a fan since the trailers started, and their debut didn’t disappoint. The Wyatts, for me, are the return of the gimmick wrestlers, the GOOD gimmick wrestlers. No, I don’t consider Fandango a good gimmick. The way they worked the video entrance into the live action entrance, it was brilliant. I cannot wait to see who they take out next…

Let us know what you thought!