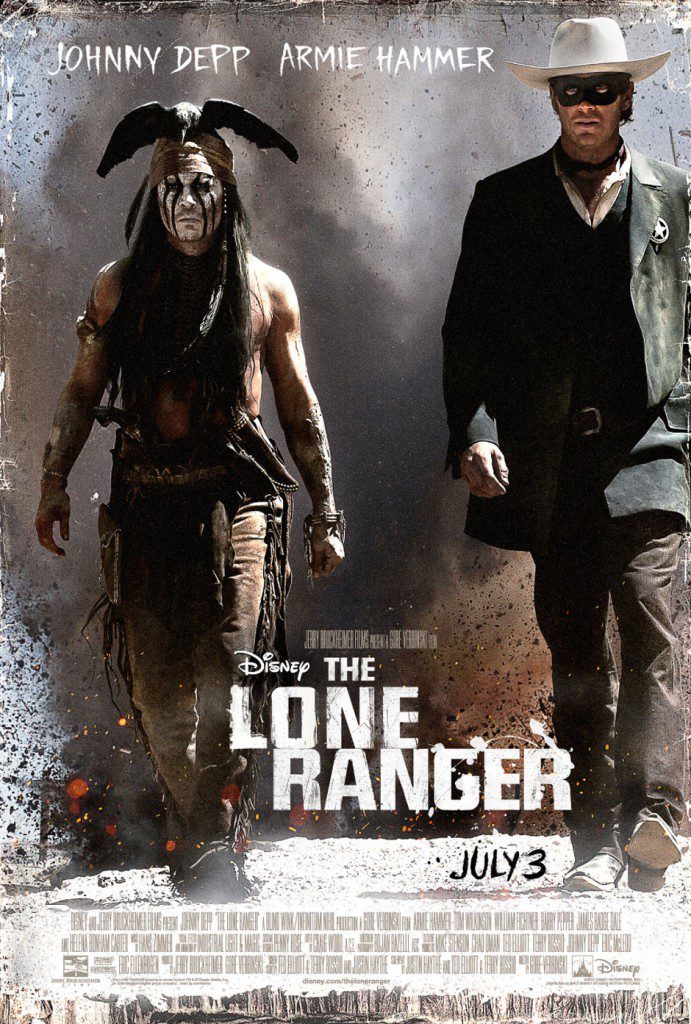 (Victorville)— If you take a beloved franchise, one that has transcended various mediums of entertainment since 1933, and try to bring it to today’s audience, it will obviously be a challenge. Add in the whirlwind of negative press and the less than thrilling numbers at the box office, and some would say that Disney’s The Lone Ranger is destined to fail. Does the film ride into the sunset with its head held high, or is it lost in the Wild West?

The Lone Ranger is directed by Gore Verbinski, the director behind the Pirates of the Caribbean films, and brings the masked lawman to a new audience. Reteaming with Verbinski is Johnny Depp, who portrays the Native American warrior Tonto. Donning the mask of the Lone Ranger is Armie Hammer (The Social Network), a district attorney turned masked outlaw after a ruthless gang leaves him for dead.

Depp, though the sidekick, is the star of the film, without a doubt. I have heard some say that Depp’s Tonto is simply a rehash of Jack Sparrow: I couldn’t disagree more. Depp’s Tonto is unintentionally hilarious with a brush, blunt remarks and quirks. He really does become this new version of Tonto, and is entertaining all the way throughout the film. As for Hammer, I have never seen a film with him in it, but I think he pulled off a great performance here. Hammer plays the square jawed outlaw out for justice perfectly, accenting Tonto’s actions at every turn.

In the end, I hope the masses ignore the negative press this film has received thus far. This is an entertaining, action packed western with laughs, mystery and more. The Lone Ranger is a great summer film, despite its small box office debut, it will help you escape to the action packed Wild West, even if for only a bit of time.