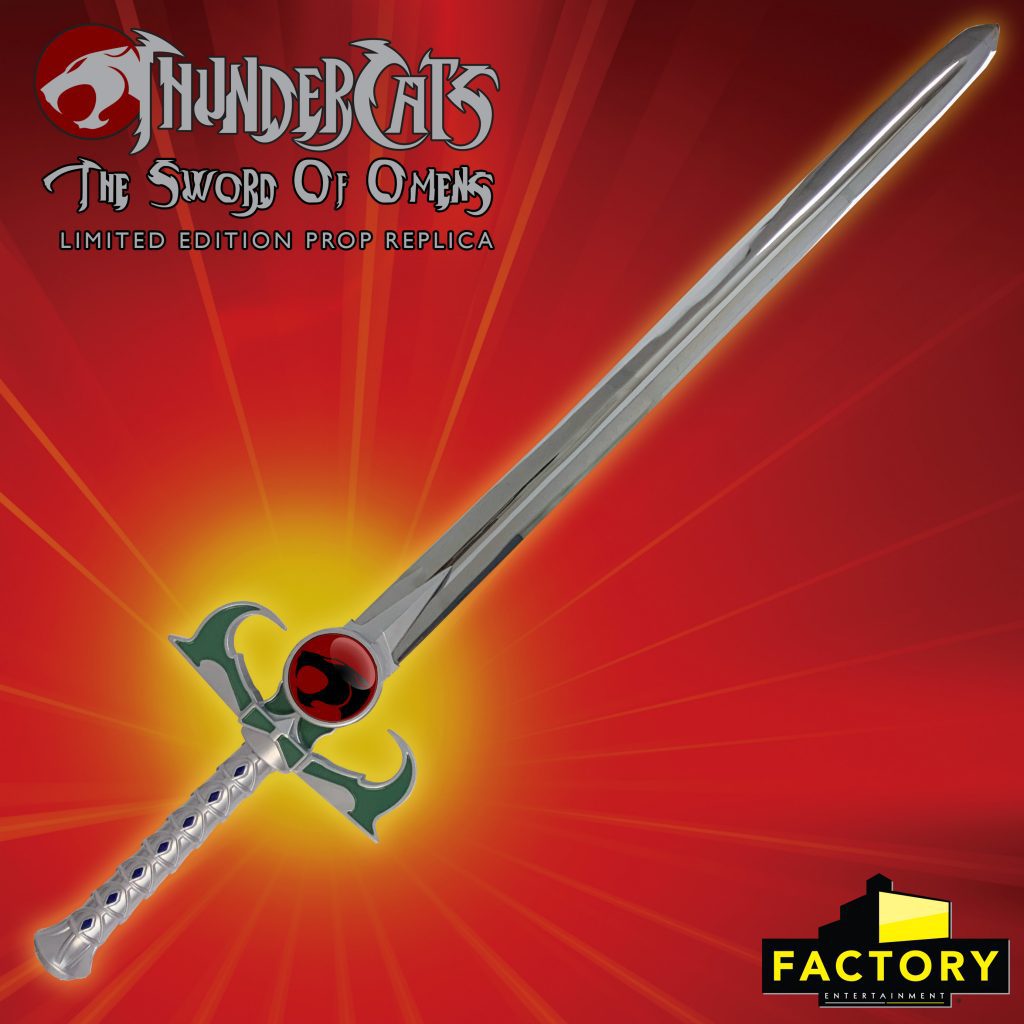 ThunderCats HO! A Prop Replica Of The Sword Of Omens and More Announced By Factory Entertainment

The Factory Entertainment team have done it again! After spending countless hours studying the vintage toy line, episodes of the classic animation series and archival information, they’ve successfully produced a full-size, real-world interpretation of a replica based on the fantasy prop from ThunderCats – The Sword of Omens.

“While we’ve produced dozens of high-end, screen-accurate replicas of props from properties including James Bond, Batman, Wonder Woman, Aquaman and Star Trek, animated and toy properties represent a unique challenge” said Jordan Schwartz, President and CEO of Factory Entertainment. “It requires a fair degree of artistic interpretation and interpolation, working hand in hand with the licensor, to take 2D drawings or toy sculpts, both of which were intended for a less detailed execution, and realize them as fully developed and full-sized real-world items.”

“We’ve been privileged to work with Mattel over the last year to create several stunning replicas from the iconic Masters of the Universe toy line, which will ship to our customers this Spring and Summer.  Taking what we learned from that experience and applying it to ThunderCats, we feel we’ve again knocked it out of the park and created a replica of the Sword of Omens that will absolutely delight die- hard ThunderCats fans.

Factory Entertainment’s replica sword is set in an “open” design and features a full-tang stainless steel blade with a mirror-chrome finish, a cast metal hilt with acrylic inserts and enamel detailing. A red imitation gemstone is inset into the pommel.

The full-size Sword of Omens prop replica is available to order now at FactoryEnt.com, along with several other ThunderCats products.

Fans of ThunderCats and other pop culture collectors can sign up for Factory Entertainment’s newsletter on their website, factoryent.com, to stay up to date on all product announcements.

Nolan Smith
0
Tags :
ThunderCats HO! A Prop Replica Of The Sword Of Omens and More Announced By Factory Entertainment