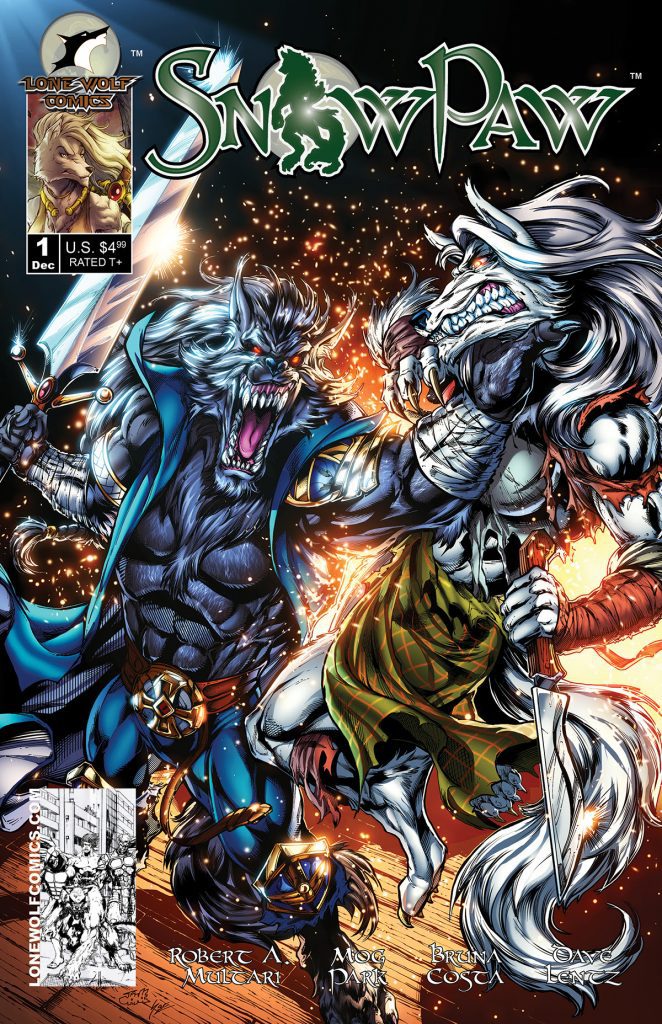 Time to unleash the wolf pack with Snow Paw- Now on Kickstarter!

Join this awesome team of up-and-coming creators as they unfold an epic fantasy tale known for its strong female lead; where a young woman’s eyes are opened to the existence of Supernatural beings & fantasy creatures!

Cirilla (Cirray) MacKinlay is a strong-willed farm girl, born and raised in the Scottish Highlands during the 19th century, who dreams about a life of adventure. Upon discovering her Pureblood Monoki werewolf lineage, Cirray’s eyes are opened for the first time to the existence of Supernatural beings and creatures of Fantasy. With the aid of Silver Mane, a fellow Pureblood Monoki, Cirray must find her place in the world while training to master her lycanthropy in-order-to battle the Dark Covenant of the European region, led by the malevolent Mongrel Monoki, Grim Fang. Cirray MacKinlay is Snow Paw!

“My daughter is turning 5 this October, and I want to be able to share with her my love for comic books, much like I did with her two older brothers,” said Rob Multari. “She loves Wonder Woman, but there aren’t enough stand-alone stories with strong female leads for all ages to enjoy, so I decided to write one. Snow Paw is personally my favorite character that I’ve created, and she has been very well received by the Wolf Pack, who have been howling for of her. Her story gave me the opportunity to write this story focused on a strong female character for my daughter and other girls getting into comic books to look up to as a strong role model. Snow Paw is a Fantasy story from a young woman’s perspective, but it’s also a compelling story accompanied by gorgeous art that everyone can enjoy.”

“Rob makes the marriage of art to script seamless,” said Mog Park. “The page layouts come effortlessly, and honestly, I’m amazed what I’ve done. With Bruna’s colors, it really brings the story to life. It’s my hope that everyone who reads Snow Paw can see life is a struggle that forges us into that tempered steel. Stories like this helps keep hope alive.”

Check out the Kickstarter campaign HERE!