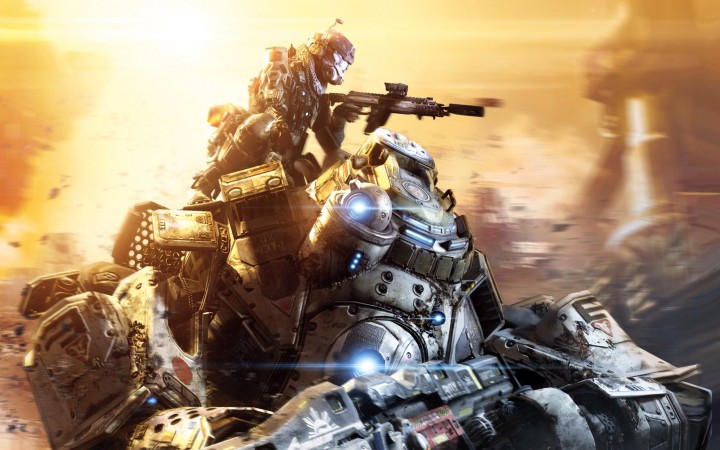 Without a plethora of next gen shooters out there, Titanfall is still running very strong. Titanfall’s newest update (#4) is what I would consider to be the games biggest update so far. There are many issues and improvements that this update has addressed, but I would like to focus on the ones as gamers we truly care about.

First off I am glad to say that there has been some customization in the form of insignia’s that you can add to your titans appearance. Of course, these are unlocked by completing various tasks. Upon downloading the update, if you have already accomplished said tasks, the corresponding insignia will automatically unlock and be ready for use.

Next, there has been a ton of “changes” with some of your favorite weapons such as (deep breath):

Shotgun: The shotgun now does a little bit less damage at midrange. It was proving to be able to win fights that it should lose when at this range. We also fixed a bug where the cursor would turn red, indicating it will hit an enemy when the enemy was actually outside of the range of the shotgun’s max distance.

R101: This weapon was designed to be an all-purpose weapon, and it does that quite well, too well, even. We’ve slightly adjusted it to make it a bit more uncomfortable to handle and hit targets at long distances. It will kick a bit more when fired but the effects are subtle enough to only be felt at long range. We’ve also reduced its mag size from 30 to 24. The extended ammo upgrade brings it from 24 to 30 (it used to go from 30 to 40).

R97: While it already had a higher rate of fire than the CAR, the R97 was pretty much inferior in all other ways. We’ve upped the RoF even higher to make it handle up-close fights better than it did. It also has the fastest time into ADS (aiming down the sights) now. The biggest change, though, is that it now does a lot more damage than it did when rodeo’ing, making it a better choice for Pilots who enjoy taking on a Titan. It is now the second best weapon to use when rodeo’ing Titans (behind only the LMG).

Hemlok: The Hemlok was one of the least popular guns in the game. Its role was intended to be the long-range assault rifle, but it wasn’t doing that quite well enough. We’ve made it so that it is never more than 4 bullets to drop an enemy Pilot (it used to be 5 at long range). The Hemlok will also kick less when fired. The drift when ADSing has also been reduced to allow easier use against long-range targets. The silencer MOD used to take 6 hits to kill an enemy Pilot at long-range, now it is 5.

G2: The G2 now kills Pilots with 3 shots, always. It used to take 4 at range. The G2 has slightly less kick now as well. When the silencer is attached, the G2 will always kill an enemy Pilot with 4 shots whereas it used to be 5 at range. The clip size has been increased when the match trigger attachment is used to give you 12, rather than 8, rounds per magazine.

AMPed G2: The Amped G2 will always kill an enemy Pilot with 2 shots now. It used to take 3 at a distance.

Additionally, you are able to customize your titans voice. Now you can choose between Betty, Jeeves and Lisa.

Burn cards for Titans!: You can now obtain burn cards for your Titans that give you “perks” such as “Amped Particle Wall” and “Amped Vortex Shield.”

Last but certainly not least is the new game mode “Marked For Death” This game mode was showcased at this year’s E3 Expo in Los Angeles.  A player on each team will be marked for death! Kill the enemy mark while protecting your teammate. It is a lot of fun but beware if you do not coordinate and communicate in this mode YOU WILL GET RAN ON!

There are many more fixes and so forth that Respawn has addressed. For the full list go to http://www.titanfall.com/game-update-four for all the details!