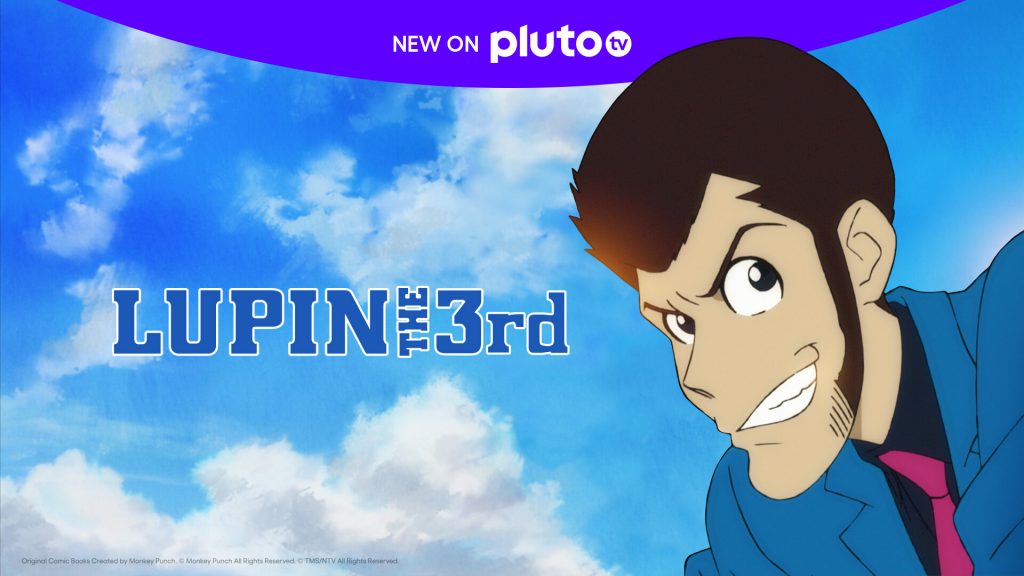 TMS Entertainment USA, Inc., one of Japan’s largest and most prominent anime studios, has announced the launch of a dedicated LUPIN THE 3rd series channel in partnership with the leading free television streaming service, Pluto TV, to commemorate the anime series’ 50th Anniversary.

Marked by the momentous 50th Anniversary milestone, 2021 underscores LUPIN THE 3rd’s success in its ability to maintain enduring popularity throughout the franchise’s five-decade span of existence. With a lengthy career of stealing the hearts of fans worldwide, notorious gentleman thief, Lupin III’s, proclivity for theft transcends the scope of the opulent treasures and riches presented within his animated world. Following its animated debut in 1971, the franchise’s influence and reach have continued to grow steadily, welcoming new members into its robust global fanbase ad infinitum. Taking special care to uphold and maintain the cheeky and spirited energy at the heart of the franchise, the globally beloved property has evolved and transformed over the years to spawn numerous iterations, and has spanned a variety of manga, TV, film, game, theme park ride, and musical adaptations since its inception.

Pluto TV’s LUPIN THE 3rd channel will feature all the most popular modern and classic series titles, which will be made available to watch and stream 24/7 for free on Pluto TV’s Channel 842.