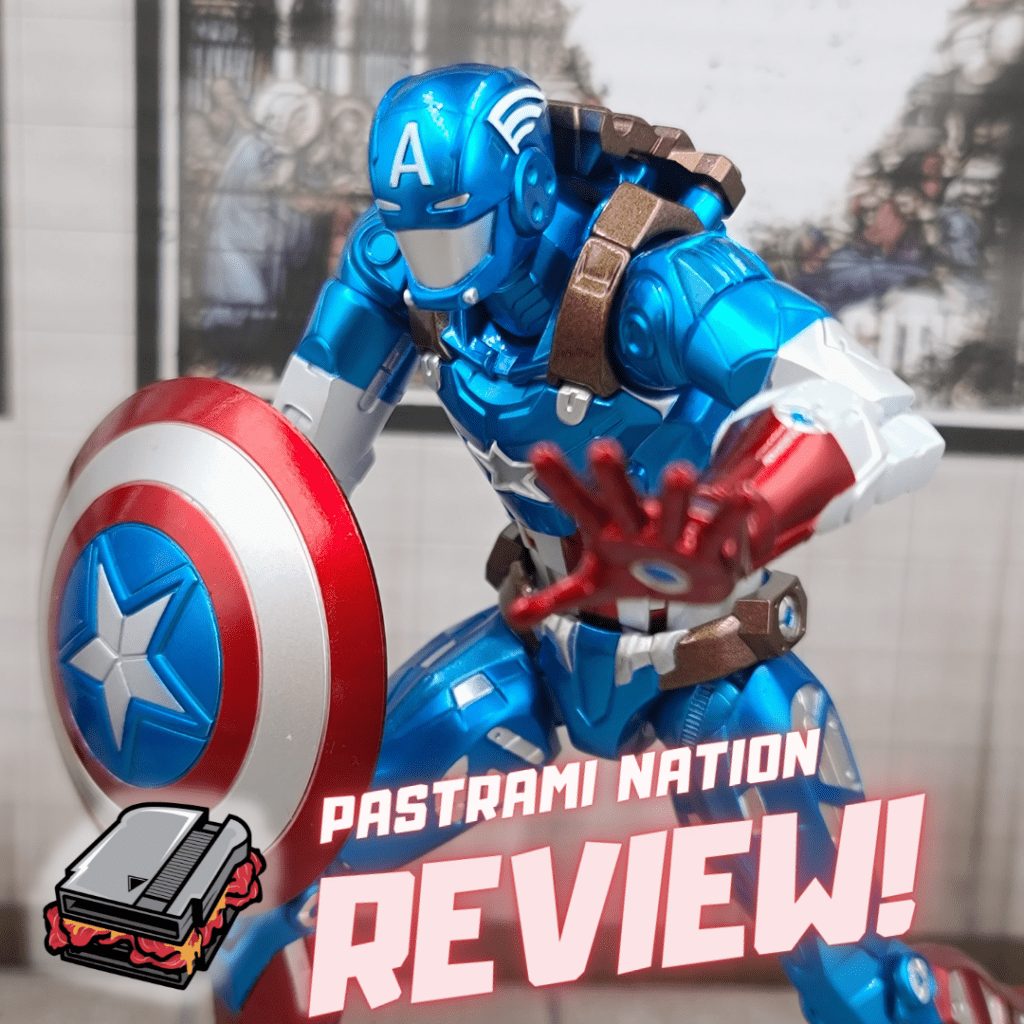 When Sentinel and Bluefin first announced the Fighting Armor series, I was definitely intrigued. But when they showed off the Spiderman and Captain America armors, those are what pushed me from intrigued to excited. Iron Man and Spiderman are both top-notch figures, but now it’s time to take a look at the Star-Spangled Avenger- Captain America.

This 1/12 scale figure features die-cast parts, four extra hands, a stand, and, of course, Captain America’s mighty shield. This figure has to be seen in person to believe (thanks, Bluefin!). The colors on this metallic figure pop- the color combination works great on an armored figure. The attention to detail here is unheard of, from the iconic Captain America suit merged with the iconic Iron Man imagery to the brown backpack paint applications for the shield to fit on the back, shades of classic Cap.

The articulation here is fantastic, as you can pose this figure in so many action poses, which fit so well for Cap. The shield has an excellent handle that allows for a fantastic fit not only in his hands but also on the back. The shield is a masterpiece and adds so much to this figure. When you compare this figure to other Iron Man figures on the market, there is no comparison. Sentinel has created such a great lineup here, and this is only the third figure in the line.

The Fighting Armor Captain America is the best in the line so far, in my opinion, and that is saying a lot. With figures like Wolverine, Deadpool and Loki set to join the line; I cannot wait to see how they turn out. This is the ultimate armored Captain America figure; I highly recommend it.