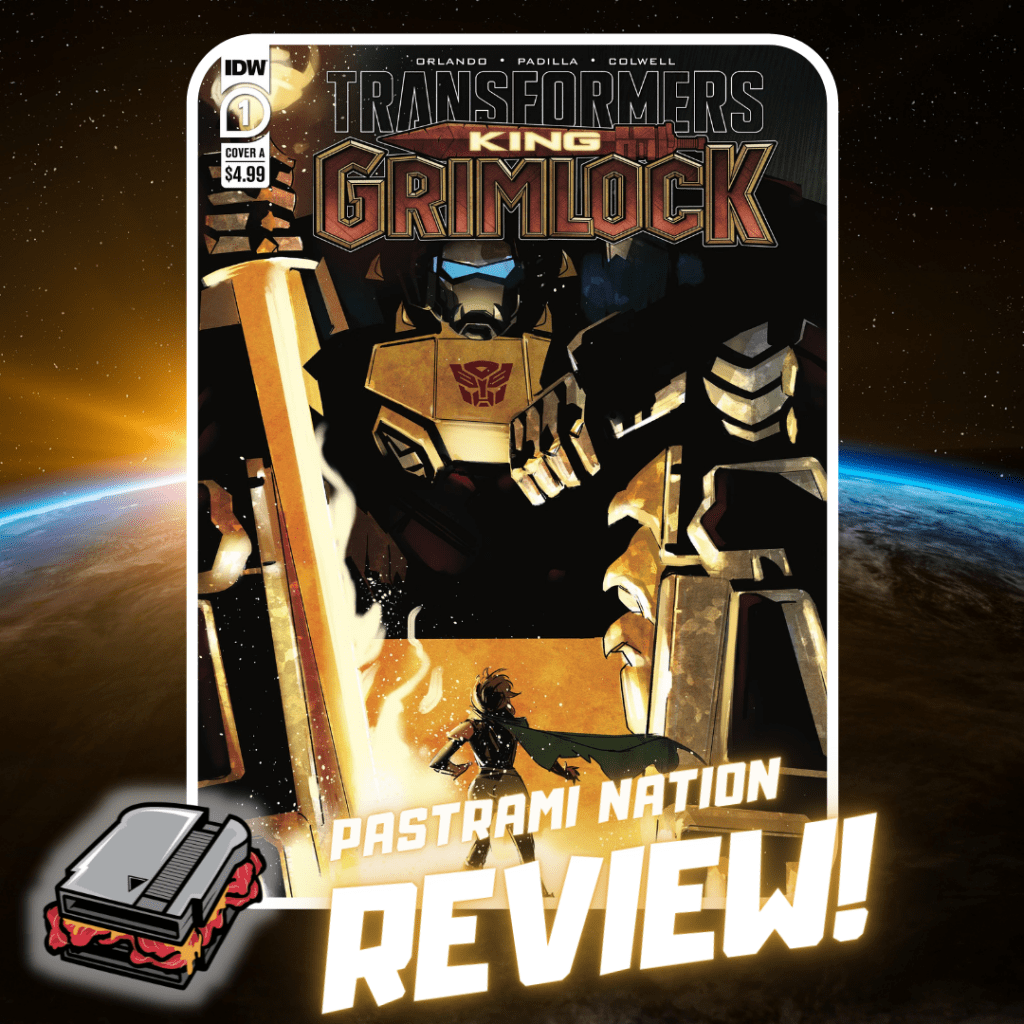 Have you ever been mistaken for someone famous? Did people look to you with the hope that you were the celebrity that would make their day, only to be utterly disappointed when they realize that you are just you? Welcome to Grimlock’s world!

Our story begins with a familiar sight. Optimus Prime and Grimlock arguing. During the argument, Grimlock suddenly vanishes and appears in a strange new world. After fighting with some local wildlife, he discovers a band of humans who are excited to see him. He finds out that he is on the planet Menonia. The relieved group is happy to see him until they realize that he is not Optimus Prime. Disappointed, they reluctantly ask for his help to save them, to which he says no, and wanders off.

I have always been a fan of the Dinobots. They take the “Robots in Disguise” mantra and turn it on its head. It is hard to hide in plain sight when you can either be a giant robot or a T-Rex. I also remember that some of my favorite episodes of the 80’s TV series included Grimlock and his team. With that in mind, I was excited to give this series a try. It stars a lesser-known Autobot and lets him shine on his own away from the Autobots and Dinobots.

I enjoyed the dialogue written by Steve Orlando between Optimus and Grimlock and Grimlock and the humans asking for his help. He has a good grasp of Grimlock’s tough yet caring personality. While he initially abandons the humans when they are pleading for help, you know he will return and save them when they need him the most. Grimlock has always wanted to be respected, and if he can defeat the villain in this strange new world, he will likely earn the admiration and respect he has always longed for.

While the writing is spot-on, I do have to say that the artwork is fantastic. Augustin Padilla can capture the G1 look while giving them modern tweaks that make the characters recognizable and outstanding. I have never attempted to draw a transformer, but I can imagine that it would be challenging with all of the details. He does a great job making it look easy.

Rating: 5 out of 5. With the sting artwork and gray dialogue, I feel like I am watching an episode of one of my favorite series growing up. Nostalgic and new, this series is a must-read!

Daniel Schwartz has been a Pastrami Nation contributor for over four years. He is a father of 4 and husband of 1. He is a massive fan of sci-fi and fantasy, including Game of Thrones, Star Trek, and the Arrowverse. You can follow him on Instagram at two sites, @tvnerddude, and @arrowverseweekly.