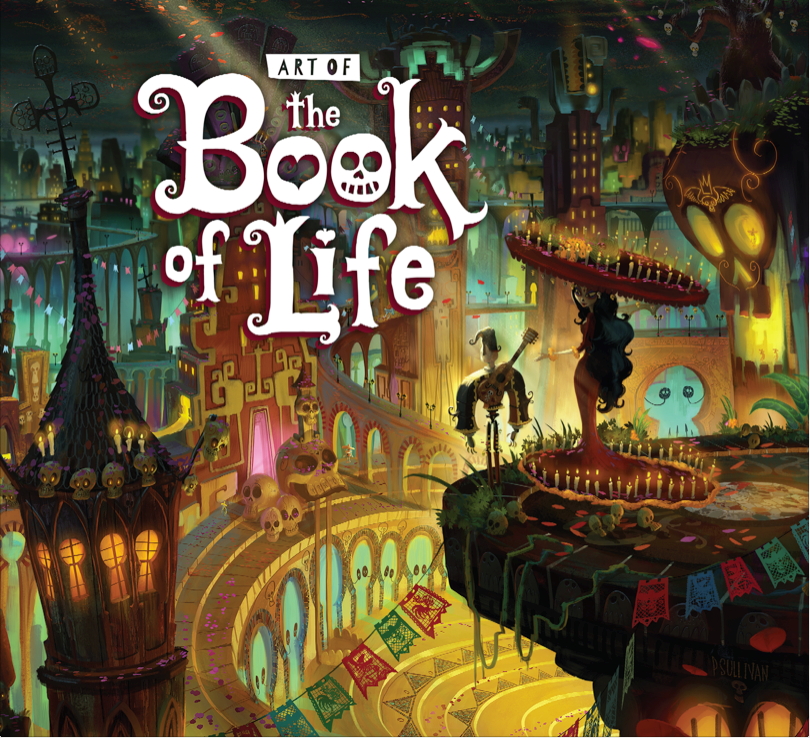 (MILWAUKIE, OR) – Dark Horse, a premier publisher of creator-owned and licensed content, today announces a partnership with Twentieth Century Fox Consumer Products: an upcoming project based on this year’s highly anticipated film from Fox Animation Studios, The Book of Life. In September 2014, Dark Horse will release The Art of The Book of Life, a behind-the-scenes look at the making of the film.

The Art of The Book of Life is an inspirational behind-the-scenes look at the making of the animated feature film. Packed with production art, stills, and more, this is an essential companion to the film.

About The Book of Life

From visionary producer Guillermo del Toro (Pan’s Labyrinth) and director Jorge R. Gutierrez (El Tigre: The Adventures of Manny Rivera), this upcoming feature length film is a celebration of the power of friendship and family, told through stunning visuals.

The Book of Life is the journey of Manolo, a young man who is torn between fulfilling the expectations of his family and following his heart.  Before choosing which path to follow, he embarks on an incredible adventure that spans three fantastical worlds where he must face his greatest fears. Rich with a fresh take on pop music favorites, The Book of Life encourages us to celebrate the past while looking forward to the future.

Founded in 1986 by Mike Richardson, Dark Horse Comics has proven to be a solid example of how integrity and innovation can help broaden a unique storytelling medium and establish a small, homegrown company as an industry giant. The company is known for the progressive and creator-friendly atmosphere it provides for writers and artists. In addition to publishing comics from top talent such as Frank Miller, Mike Mignola, Neil Gaiman, Brian Wood, Gerard Way, Geof Darrow, and Guillermo del Toro, and comics legends such as Will Eisner, Neal Adams, and Jim Steranko, Dark Horse has developed its own successful properties, including The Mask, Ghost, Timecop, and SpyBoy. Its successful line of comics and products based on popular properties includes Star Wars, Mass Effect, Buffy the Vampire Slayer, Aliens, Conan, Avatar: The Last Airbender, Halo, Serenity, The Legend of Zelda, Game of Thrones, and Domo. Today Dark Horse Comics is the largest independent comic book publisher in the US and is recognized as one of the world’s leading publishers of both creator-owned content and licensed comics material.