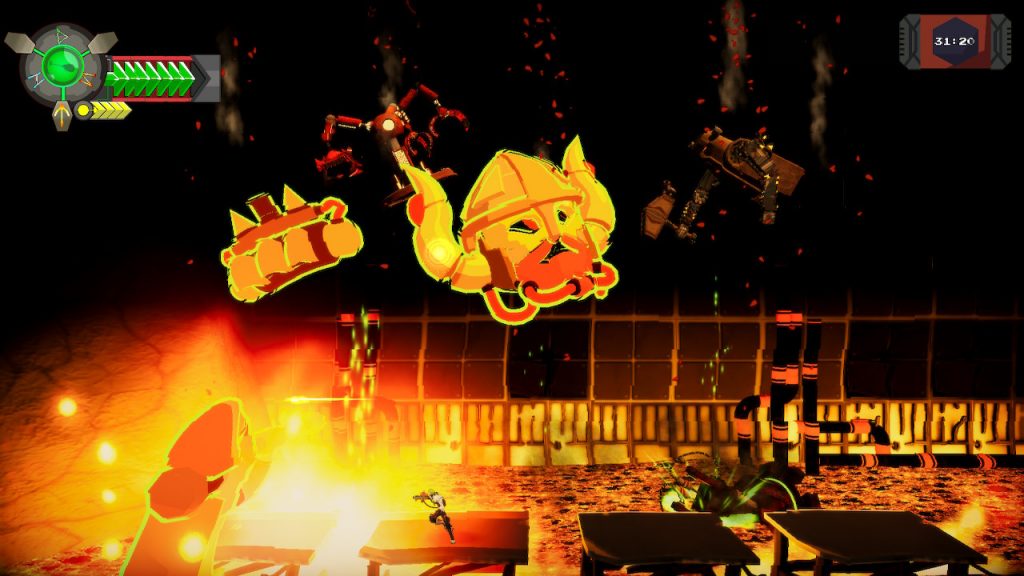 Tyr: Chains of Valhalla is a side-scrolling shooter much like that of Mega Man, except in all the worst ways possible. I want to get this out of the way now; I hated this game. I hated just about everything in regards to this game. If you are a fan of fun, don’t pick this up. I don’t know why anyone would. This is going to be a brutal review, so if you already checked this game out and enjoyed it, you should probably leave now. This will only serve to raise your blood pressure and fuel the need to drop negative comments (that’s my job).

Alright, it’s not all bad. The art style is somewhat better to look at than most side-scrolling indie games out there, but nothing to drop money over. Music is fun; its metal vibe gets you in the mood to run through levels at break-neck speeds through an impassible bullet filled hell for seemingly no reason at all. Apart from those two small points, the rest of this game is a nightmare. It’s way more difficult than it needs to be. With games like Dark Souls or even Mega-Man, they are difficult to the point where, once you learn the mechanics, passing a level feels very rewarding. That is not the case here, here you need to rush through as fast as possible and pray to the Norse gods. Not only are the platforming, enemies, and movement mechanics against you, you are also being TIMED. That’s right if that clock runs out, you lose. 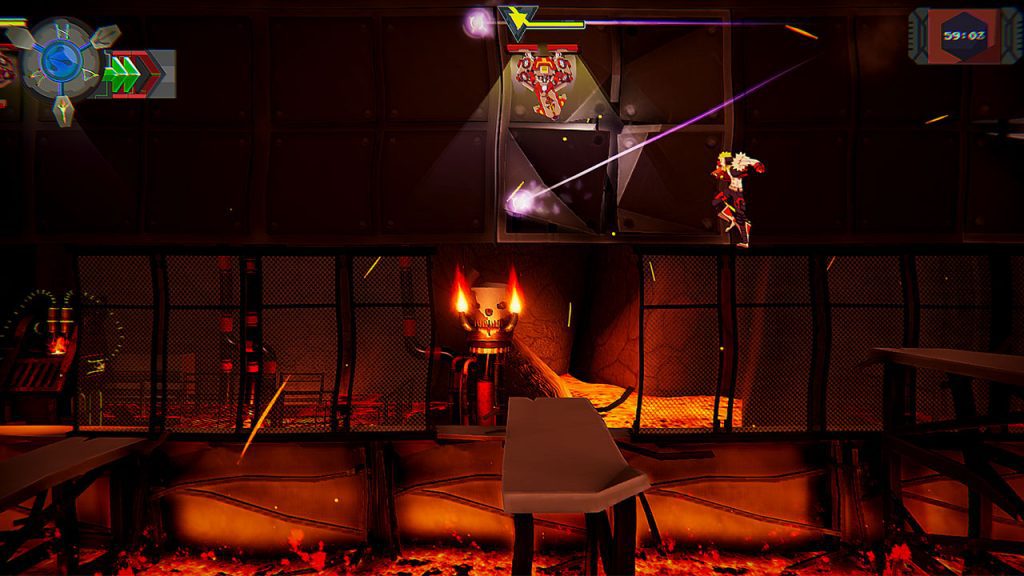 The game tries a Rock-Paper-Scissors approach to combat. Usually I’m all for mixing things up to make a game a little less tedious. You switch between three elements to harm the enemy with the corresponding element. You can also pick up power-ups along the way. This is all great, except to switch between them, all while rushing on, hanging off walls, dashing back and forth, avoiding bullets and enemies you can’t see, all at the same time doesn’t make for fun. Especially at the start, when you only get a few hits before game over. Your instinct is to take your time, learn the mechanics, study the level, figure things out, but oh wait, that’s time, too bad. Without that ability to learn, there’s no room to adapt. You’re forced into dying again and again with no real feeling of reward when you pass the level. It feels like you just get lucky over and over, which is the exact opposite of what gamer want. We want that rewarding feeling of working hard to overcome a seemingly insurmountable obstacle.

It’s almost as if this game was designed not to have any combat in it at all, and then someone said: “let’s add enemies!” without actually adjusting anything to allow for them. You can’t move the camera around to check for enemies; you just have to stumble upon them as you’re rushing ahead. If you fall into an area full of enemies, oh well, good luck. Or worse yet, you fall into an instant death plasma beam; then it’s all the way back for you. There’s no point to combat at all, no need for exploration; it’s a speed runner’s dream. Just zoom through and forget the rest. Good thing there’s no story here, or you might miss it! Should you finally make it to the bosses, all the cool combat mechanics go out the window. Unlike the regular enemies, there’s no point to elements, now it’s just a matter of shooting them a lot, and without knowing their health, you never know how much you need to shoot them. On top of combat itself being frustrating, the bosses are pretty boring as a whole.

I don’t like making these reviews, I love games and love to see people make them, but this isn’t something I would force my worst enemy to suffer through. I cannot for the life of me figure out why they would want a time factor in this game. It’s almost like the developers want you to quickly put this game down too. If you’re a fan of speed runs, over the top difficult games, or hammering nails into your own hands, this might be for you.

Personally, I give this game a 3 out of 10. It’s so bad I don’t even want to make up a cute numbering system…