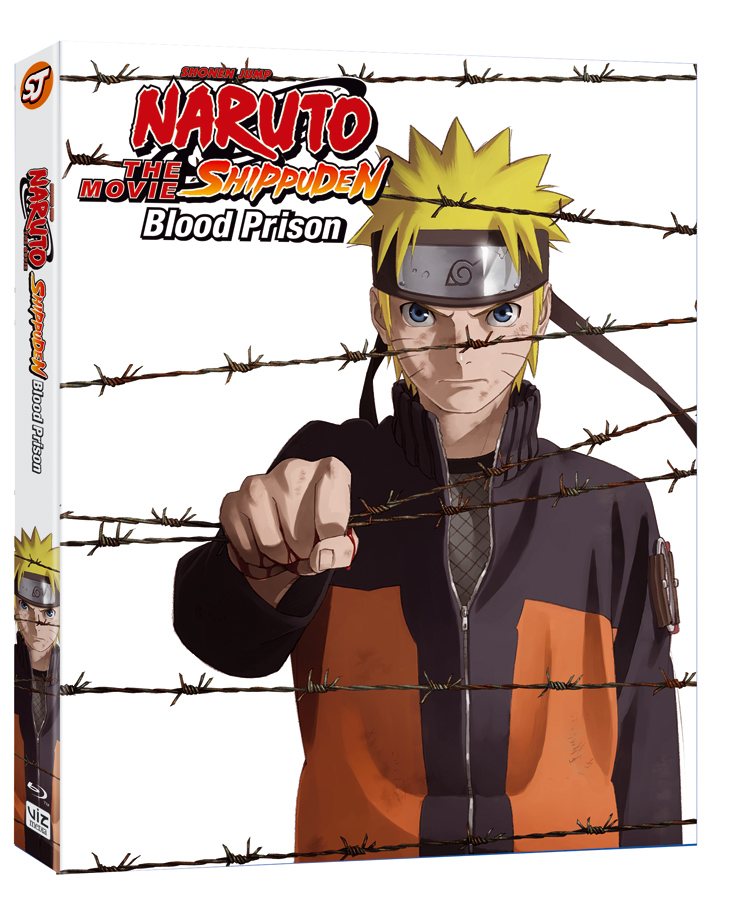 A host of special bonus material for the DVD and Blu-ray editions includes an animated short film, Chunin Exam on Fire! Naruto vs. Konohamaru!, as well as a production art gallery and the original Japanese theatrical trailers. The Blu-ray edition additionally contains a personal message from NARUTO creator Masashi Kishimoto and an interview with Junko Takeuchi, the Japanese voice of Naruto Uzumaki.

In the film, Naruto is convicted of a serious crime he didn’t commit and is sent to the inescapable prison, Hozuki Castle. The warden, Mui, quickly seals away Naruto’s chakra to prevent him from rebelling. Refusing to give up, Naruto plans his escape while also befriending his fellow inmates Ryuzetsu and Maroi. But he can’t help but wonder what their ulterior motives are…

“In BLOOD PRISON, Naruto is behind bars in a shinobi Alcatraz, accused of murder and attempted assassination, and the storyline and action that ensue makes this the most exciting NARUTO SHIPPUDEN feature film yet,” says Charlene Ingram, Senior Manager, Animation Marketing. “Audiences are in for a wild ride as Naruto tries to prove his innocence and also help his new friends uncover the secrets surrounding the mysterious Box of Paradise, and their ties to what it contains. Catch all the action on DVD and Blu-ray!”
Created by Masashi Kishimoto, NARUTO was first introduced in Weekly Shonen Jump magazine in Japan in 1999 and quickly became that country’s most popular ninja manga targeting tweens and teens. The manga series (rated ‘T’ for Teens, in print and digital editions) and animated counterpart (NARUTO and NARUTO SHIPPUDEN both rated ‘TV-14’) are some of VIZ Media’s most successful properties and have captivated millions of fans across North America, Europe and South America.

The latest episodes of the NARUTO SHIPPUDEN animated series may be streamed on the company’s own VIZAnime.com site and also on Hulu. In addition, Download-To-Own dubbed episodes are available for purchase through iTunes®, PlayStation®Network, Xbox Live®, Amazon Instant Video, and the Google Play store.