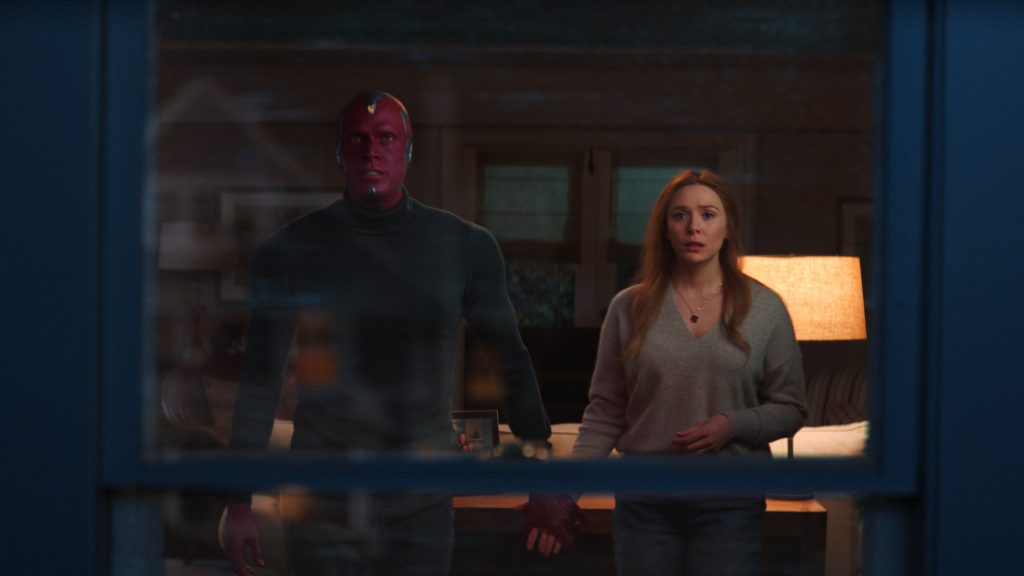 WandaVision And Grief In The MCU

Over the past couple of months, we have witnessed an evolution in the MCU. While the franchise as a whole never shied away from portraying the emotional aspect of comic book heroes, it never put those emotions front and center. It has had its share of shocking and sad moments, but those are aimed towards us as an audience. We have seen our favorite heroes gather at the funeral of one of their own, and conversations have been had about coping with losing those close to you. But the reality is that, even when faced with death head-on in these movies, the emotional impact is softened by yet another action scene, and everybody goes on with their lives.

In “Avengers: Age Of Ultron,” we witnessed our first death of a hero in the MCU. Wanda and her brother Pietro (aka Quicksilver) had finally teamed up with The Avengers to take on Ultron and his army. It was an emotional moment that was criminally glossed over, to the point where many viewers forgot it even happened. It’sIt’s a shame because everything we knew about the Maximoff’sMaximoff’s so far was that they only had each other for so many years. It’sIt’s understandable that individuals handle grief differently, but Pietro deserved so much more than he got.

Fast forward to “Avengers: Infinity War.” After the events of “Captain America: Civil War,” Wanda and Vision have built a solid relationship and a new life while on the run. I’m not going to explain everything, but Vision ends up dying twice in that film—one at the hands of Wanda and the other by The Mad Titan himself, Thanos. What we have learned from the end of Ultron and Endgame is that revenge is apparently the best form of therapy. Wanda has a word with both big bads, but it’s with Thanos and Vision’s death where we see the anger finally come through. She had lost her brother and now the only other person she loved, and her sorrow is overtaken by ferocity and rage. While all of that is great and understandable, looking back, it didn’t feel completely natural or organic. It was a way to move the plot forward, very much like Peter Quill’s emotional moment of hesitance in the same film. It was even used in Civil War to push Roger’s and Stark’s rivalry over the edge after revealing that Bucky killed Tony’s parents.

WandaVision gives us a completely different take on what we have come to know as grief in the MCU. For the first time in 10 years, we are living with a character many of us know as they process the losses they have experienced in their lives. Not only do we get to know the character more, but we get to know her in the most unimaginably sad way possible. They say that when people are grieving, they are also at their most vulnerable, which is how we get to know Wanda.

From the very start of the show, we knew it was going to be something different. Gone was the glossy shine and bombastic set pieces we have grown to expect from Marvel. Instead, we are treated to a sitcom world where Wanda Maximoff and Vision are the stars. The first two episodes were in black & white and harkened back to programs like The Duck Van Dyke show and Bewitched. The show never explained what it was, it just threw you into the world, and you either accepted it or not—credit to the creators for going for it and giving the audience the benefit of the doubt.

Shortly, the world would expand and come into plain view. At the end of episode three, it started to pull back the curtain and reveal what was really going on. It wasn’t until the next episode where we got some exposition, and everything started to make sense. Wanda had created a hex around the sleepy town of Westview, New Jersey, and was living an ideal version of the life she never had. She went as far as resurrecting Vision to have the perfect family. They even had a couple of kids, Billy and Tommy. Things were good for her, but it wouldn’t be long until it all came crashing down on its head.

If you are reading this, odds are that you have seen the show to its conclusion, but it’s still best to avoid too many spoilers. As twisty and magical as the show is, that isn’t what makes it great. What really struck me was the idea of using emotions to dictate the story this time around as opposed to big action and the occasional plot twist. After watching the show, you better understand who Wanda is and how she becomes The Scarlet Witch. Like many of us, the person we are bound to become is dictated by our own decisions and not by how others expect us to feel or do. Her whole life, she had been told to act a certain way or be a certain type of person, and it’s through everything she has gone through that Wanda must finally become her own person.

This started out as a review of WandaVision. But my brain couldn’tcouldn’t think of the right words to describe what the show meant to me. It is a deep dive into the psyche of a character I knew and liked, but now one that I respect and love. It sets up the future of the MCU excellently and excitingly. It features a wonderful cast and some truly awesome fan service. It was a perfect show, and I’m excited to see what the future holds.

Kevin Hoskinson
0
Tags :
WandaVision And Grief In The MCU