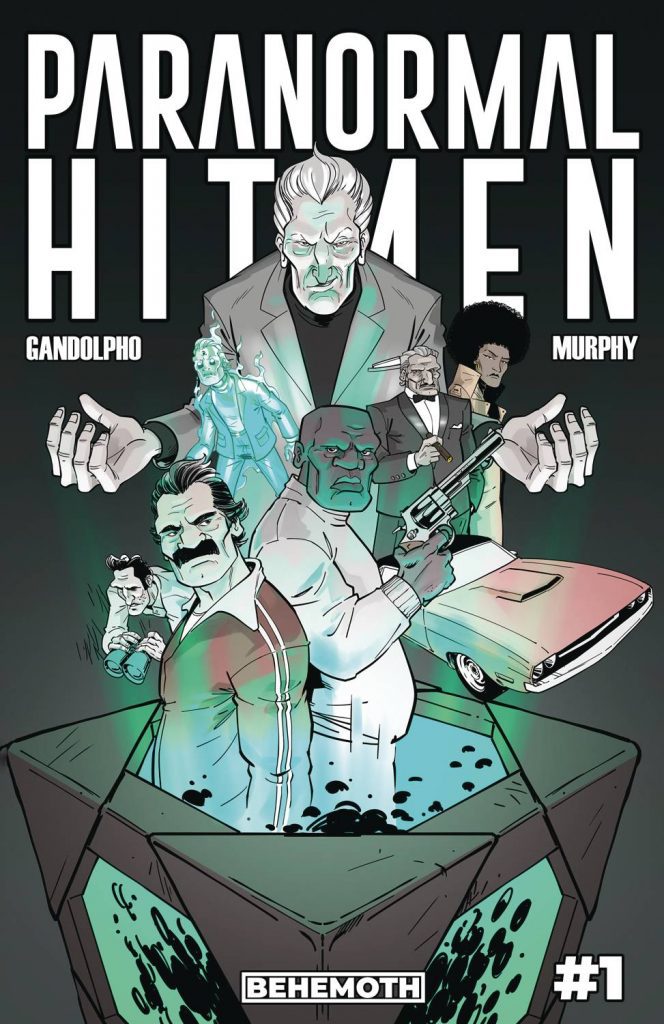 The afterlife is a hard gig. You kind of ghost through life or around it, however it might be. You are part of the bigger world of the paranormal. But even the paranormal have the good and the bad. When push comes to shove, sometimes you need a bad guy to do good. So why not go with the pros? Welcome to Paranormal Hitmen #1 from Behemoth.

Written by Brett Murphy with art by Wilson Gandolpho, we see two mob hitmen make a massive career change. Gene and Devon are two of the mob’s best hitmen and not-so-great guys. So when a job goes sideways, they end up taken by a strange organization in need of their talents, shall we say. An organization specializes in the paranormal, and one of their own went rogue and took a spector cube, a link to the world of the living and the dead. So our two not so heroes are recruited to bring in the cube and agent before something terrible happens… which it does.

I love the artwork here. The whole book takes place in the throwback era of 1978 and has a very nostalgic vibe to it. Coupled with the vibrant artwork and colors, it’s a home-run combination. This is a great start, and it ends in a way that ties both the paranormal and the mob lifestyle even closer, which can only spell trouble for our two dim-witted hitmen.

This is a good start to the series. Mixing the paranormal with the mob life mentality could be a match made in some strange Heaven. Paranormal Hitmen #1 hits its ghostly mark as it balances the supernatural with a wise guy flare.