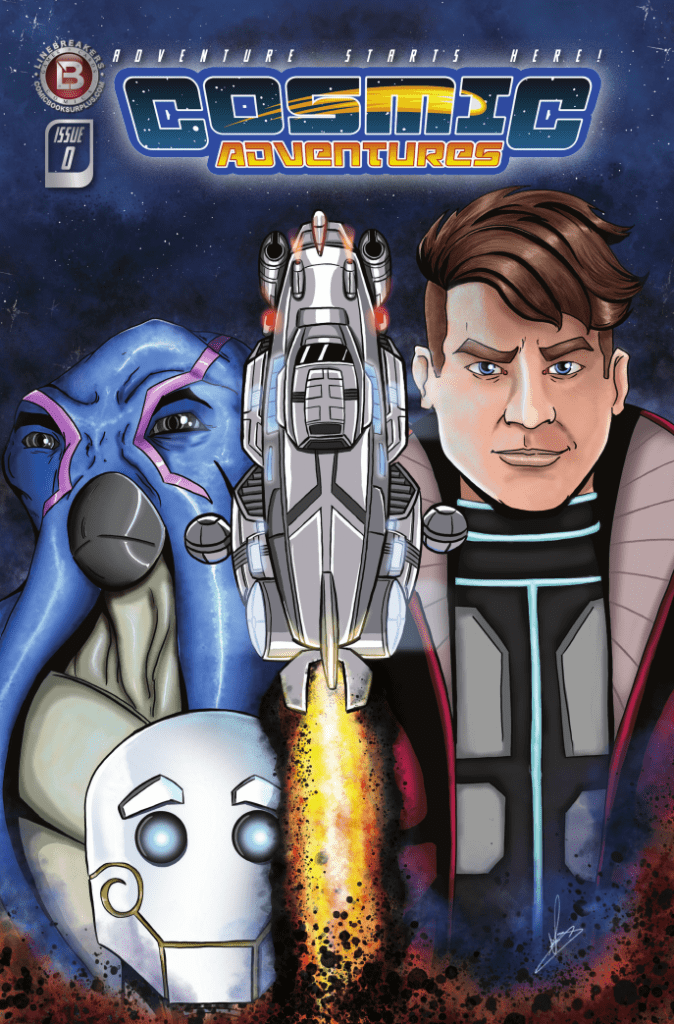 Living in the High Deserts of California, my comic shop of choice is easily Linebreakers. Well, the store recently announced their foray into being an independent comic book publisher with Linebreakers Comics, with their first official, full-size release being Cosmic Adventures #0, so I had to give it a shot.

Written by Jakob Free with art by Javier Yasir Fajardo, the book focuses on a robot named Clockwork. This issue focuses on Clockwork as we see how blatantly it is thrown at him that he is not a living being. As fate would have it, the family he serves has ordered a brand new baby boy, which gets the cogs turning in his head. He takes the baby and runs off to a remote planet, raising Jack as his own, from infant to teenager, and that’s when Jack starts asking questions and goes wandering on his own. His escapades bring a new character into the fold on the last page, as we begin to see the makings of a star-faring crew come together.

I enjoyed this issue and its look at the feelings and emotions Clockwork can feel. I love how close a connection he and Jack have, and I wonder how this dynamic will play out and be tested as the story moves forward. The script reads very well, and the artwork is top-notch and vibrant, with designs that pop.

I applaud Linebreakers for venturing out into the world of indie comics. Cosmic Adventures feels like standard fare in the world of sci-fi stories but is entertaining, and that’s what matters. I would like to see what cosmic adventures are on the star road ahead, so count me in for issue #2.

Rating 3.5 Pastrami Nations out of 5.