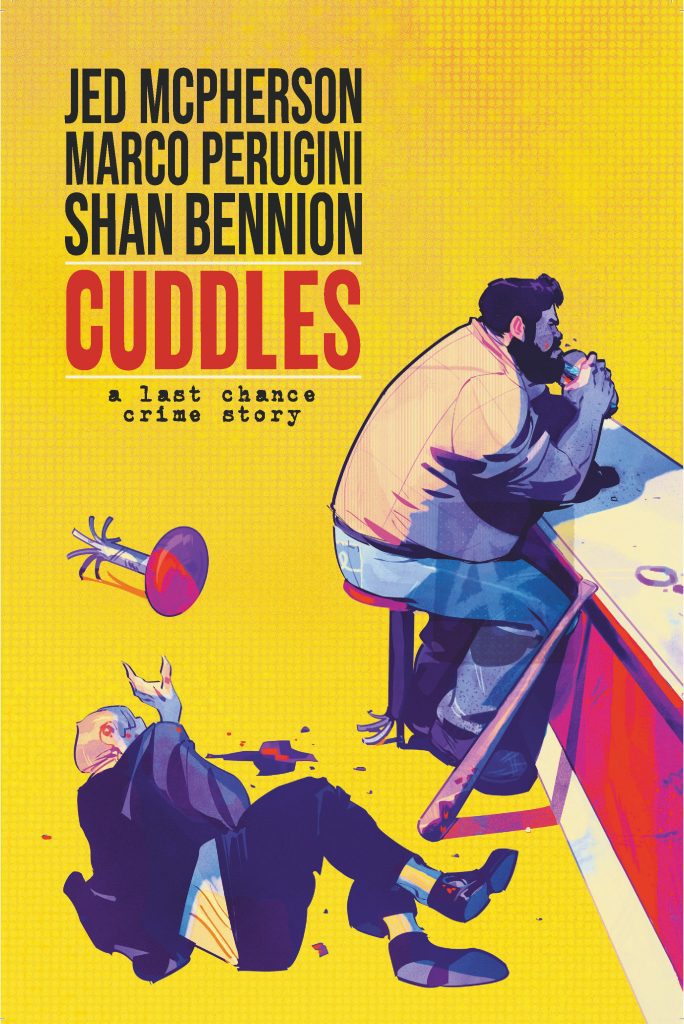 Cuddles’ life ain’t too difficult. He’s got a cushy job collecting protection money for a local crime boss. But after he’s partnered up with the boss’ son things start to go sideways. First, he finds out that his partner has been skimming off the top and then, even worse, the FBI are hot on their trail. Cuddles quickly finds that he has to play all sides against each other in order to survive.

“I wanted to make the kind of comic that I’d want to read—a solid pulp story with modern story-telling sensibilities,” said Jed McPherson. “I also wanted to give readers that same feeling I got from reading Elmore Leonard and Jim Thompson novels. Like you’re hanging around with someone that’s bad news, someone that’s going to get you into trouble.”

“Working with Jed and Marco always leads to something you can’t put down,” said Shan Bennion. “Darkly funny with worlds and people that are always a blast to give colour to.”

“After the wonderful experience of Transmissions I was delighted to undertake a new project with Jed and Shan,” said Marco Perugini. “When I read the script for Cuddles I instantly had an idea of the mood, the setting and above all for our protagonist. For this project I wanted to draw on influences outside of comics, looking to the work of my favorite directors: Mario Bava, Elio Petri, Michael Mann, and Lucio Fulci.”