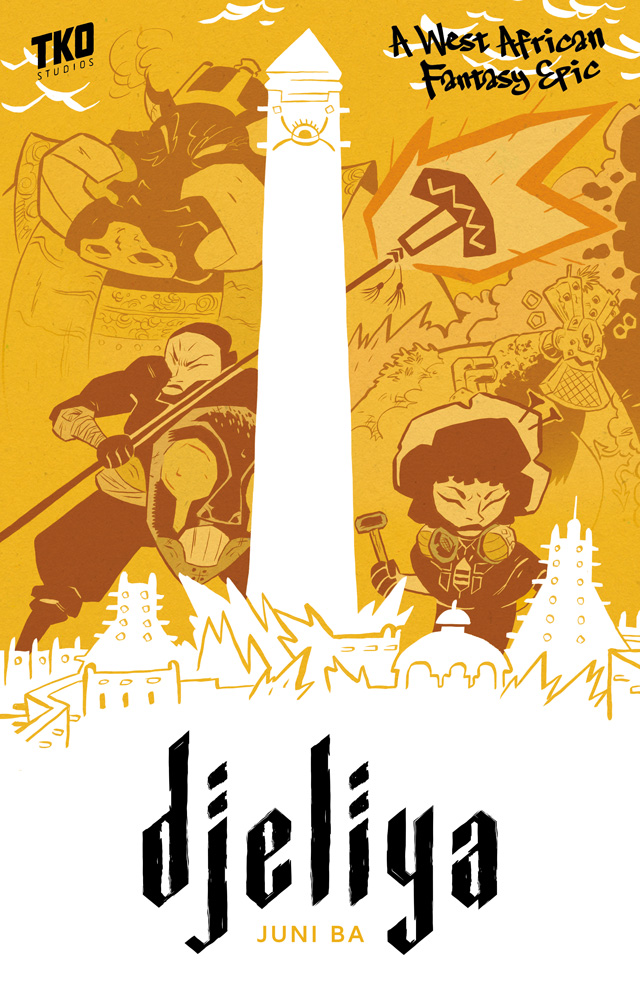 TKO Studios has announced that they have two new exciting books available for preorder. DJELIYA and SCALES & SCOUNDRELS, BOOK 2: The Festival of Life! You can preorder them directly HERE.

DJELIYA by Juni Ba Inspired by West African folklore, Djeliya (pronounced ja-LEE-ah) is a fantasy epic tells the extraordinary tale of Prince Mansour and his royal storyteller Awa as they journey to reach the mysterious wizard Soumaoro, who guards a fearsome power that he once used to destroy the entire world. Funny, frenetic, with stunning artwork throughout, Djeliya is a remarkable debut graphic novel by the talented French-Senegalese creator Juni Ba. (Ages 13+)

SCALES & SCOUNDRELS, BOOK 1: Where Dragons Wander and SCALES & SCOUNDRELS, BOOK 2: The Festival of Life by Sebastian Girner and Galaad “This is the story of a girl who liked to wander…” TKO Studios celebrates the return of Scales & Scoundrels—one of the most beloved all-ages comics series ever—in new revised and expanded definitive editions. This gorgeous, multicultural fantasy adventure follows young treasure hunter Luvander in her search for gold and glory. Along with her companions—a prince, his stern bodyguard, and a plucky young dwarf—Lu dives into an epic journey and discovers a secret that will bring light to a world encroached upon by an ancient darkness. Book 1: Where Dragons Wander contains material previously collected in the Image Comics edition of Scales & Scoundrels Vol. 1 & 2, with completely reworked artwork. Lu’s adventure continues in Book 2: The Festival of Life, with more than 250 pages of original content. (Ages 8-13)

Djeliya and both volumes of Scales & Scoundrels publish on July 6th and are available for preorder now. Preordered titles will begin shipping on June 1st. Readers who preorder directly from the TKO Studios website will also receive an exclusive set of limited edition Djeliya and Scales & Scoundrels trading cards, while supplies last.