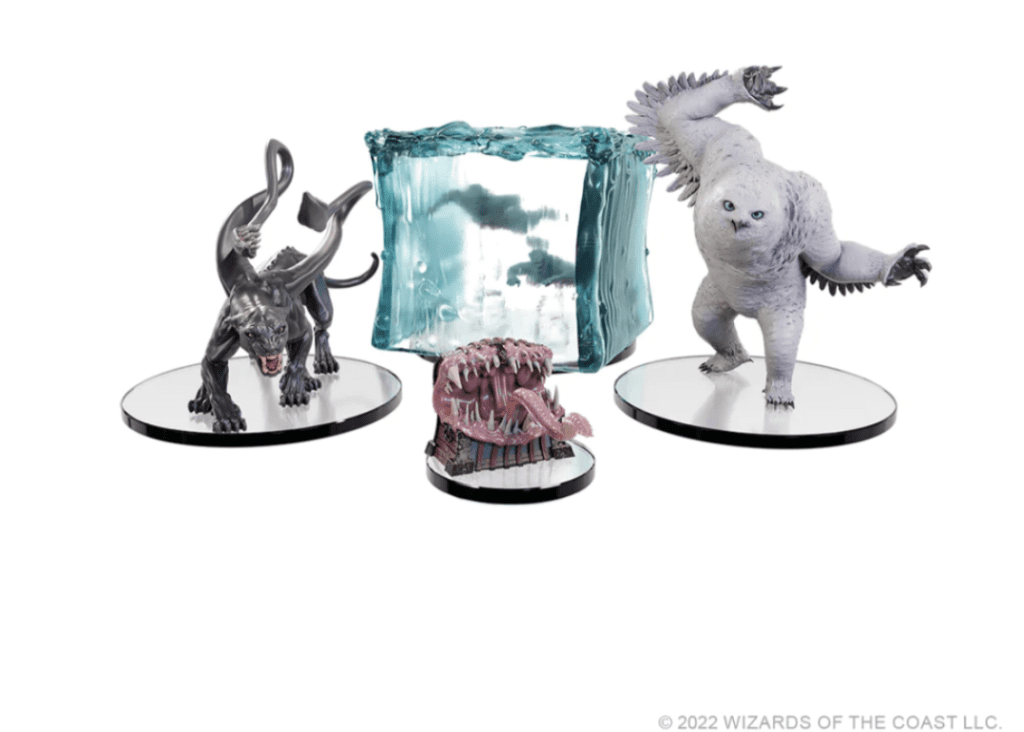 WizKids is proud to present a special collection of Dungeons & Dragons miniatures and special plush that tie into the highly anticipated Dungeons & Dragons: Honor Among Thieves movie from Paramount & eOne, releasing in the United States on March 31, 2023.

WizKids is a pioneer in the tabletop miniatures and games industry, constantly striving to offer players and collectors a truly immersive experience. In anticipation of the new movie, Dungeons & Dragons: Honor Among Thieves, WizKids is thrilled to reveal some spectacular products that capture some of the most exciting movie moments.

Capitalizing on their expertise in producing top-quality miniatures, WizKids will release an exclusive set of creatures that fans will recognize from the recently released movie trailer. Players will be able to seamlessly integrate their favorite big screen beasts into their next campaign of the world’s greatest roleplaying game. The set includes an Owlbear, Mimic, Gelatinous Cube, Displacer Beast, and a mystery monster!

WizKids has also joined forces with Kidrobot to bring a Dungeons & Dragons Phunny Plush line to the world. The newest additions to the plushy party include Themberchaud the Red Dragon, Gelatinous Cube, Mimic, Displacer Beast, and more. Premium glow-in-the-dark details make the Mimic and Gelatinous Cube extra special. With exclusive characters pulled straight from the screen, fans will have the opportunity to bring home their favorite film stars as cuddly friends.

These items are available for pre-order online and at your local game store!