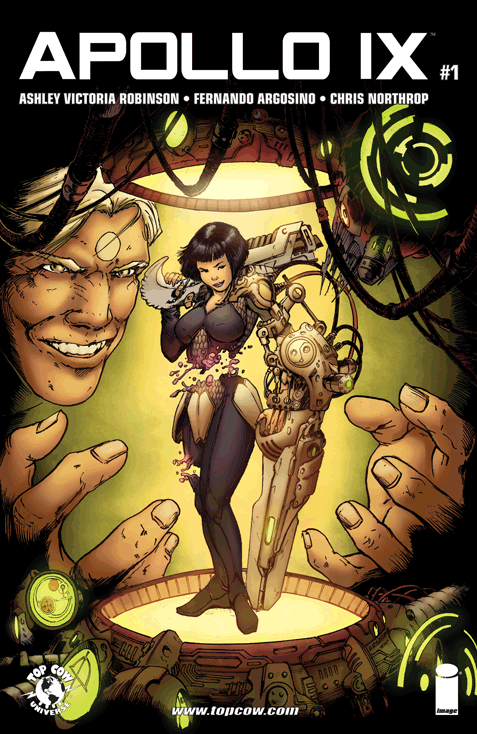 The world of the IXth Generation takes place several hundred years in the future. The IXth Generation was created centuries ago and were considered to be the heirs to the Earth. After awaking from a centuries-long hibernation, these new “gods” have established kingdoms around the world and rule each of them with an iron fist.

This one-shot focuses on Apollo (each of the IXth Generation are named after Greco-Roman gods) who is in charge of a scientific institute that is working on transporter technology. With each iteration of the devise failing (and killing the lead scientist that worked on it), he must seek out a new researcher that can complete the technology. When an energetic and mysterious woman takes the recently vacated position, she leads the team down a dark path, revealing secrets and disturbing Apollo’s established order.

As part of the IXth Generation storyline, this one-shot takes an interesting look inside a small part of Apollo’s “kingdom” (a very large underground lab). Ruling the lab with absolute power, Apollo is arrogant and condescending with a complete disregard for human life. That being said, the writer is still able to make him likable. The reader is drawn in to the story of his quest for technology, the interaction between him and his new quirky scientist, and his relationship with his implied lover Eros.

With solid pencils by Fernando Argosino and excellent colors by Chris Northrop, the visual aspect of this story is very well done. While it remains to be seen where exactly Apollo’s story fits into the overall IXth Generation narrative, this one shot does a good job showing readers who he is and what his goals are. This was a very good read.