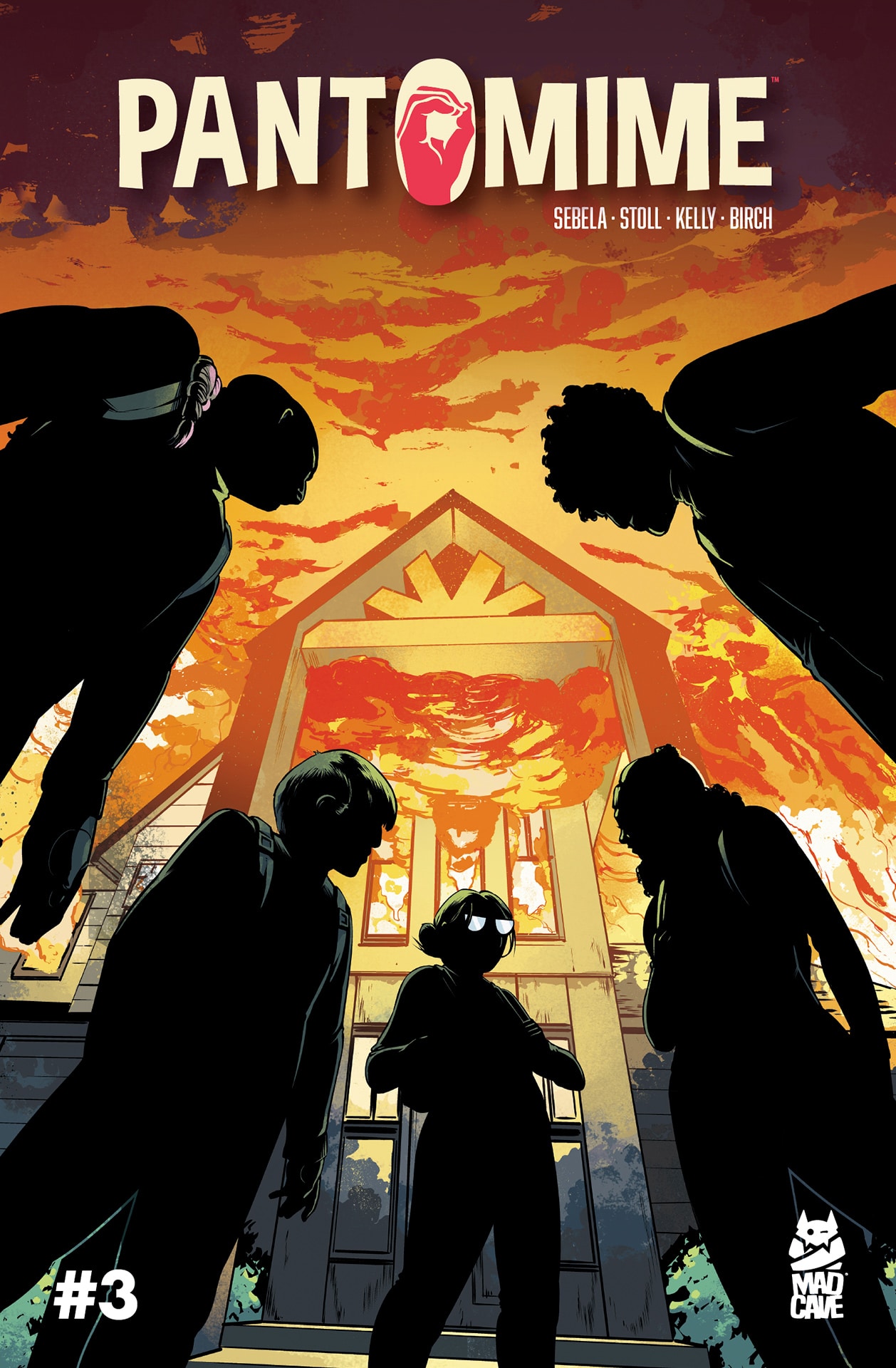 In Pantomime #3 from Mad Cave Studios, our beloved team is back at it again. They have declared war on the Manager. And it is a fight to the finish. No going back now.

Using their training, learned from the Manager, the group attempts to free themselves from the Manager’s grasp. It’s a wild scheme, to be sure. With school as their only outlet, they must juggle the Manager’s side jobs, practicing for their escape plan, and putting said plan into place.

After much practice, the students feel they are ready to initiate their mission. Are they successful in carrying out their final operation? Will the curtains close too soon on this Pantomime? You’ve got to keep reading until the end! That ending, wow!

This is probably one of the best issues of this series yet! I’m so thrilled to be able to keep reading this series! I don’t want it to end. Christopher Sebela (W), David Stoll (A), Justin Birch (L), and Dearbhla Kelly (C) have outdone themselves. Sebela does an excellent job of keeping readers’ interests. There are great transitions from monologues to narration to character interaction. This is definitely a page-turner. Sebela brings his best and does not disappoint. Stoll’s artistry shines! Not only are there more signs depicted, there are compound signs, which add to the depth of American Sign Language. Stoll and Kelly have raised the bar. The use of colors fluctuated, from reds and blacks when working with the Manager to softer tones of the spectrum when capturing “normal” adolescent lifestyles. And let’s not dismiss that in some scenes, there is no dialogue at all, letting the art tell the story tell itself. Birch has mastered the art of lettering. With so many things going on, Birch keeps those transitions mentioned earlier crystal clear. Special attention has been paid to character ‘voices’, narration, and entry logs. I can keep going on, but you will just have to read it for yourselves. And keep reading ‘til the end! Wow!

A great way to start the new year! Don’t miss the opportunity to be immersed in this fantastic story!

Also, here is the review in American Sign Language: