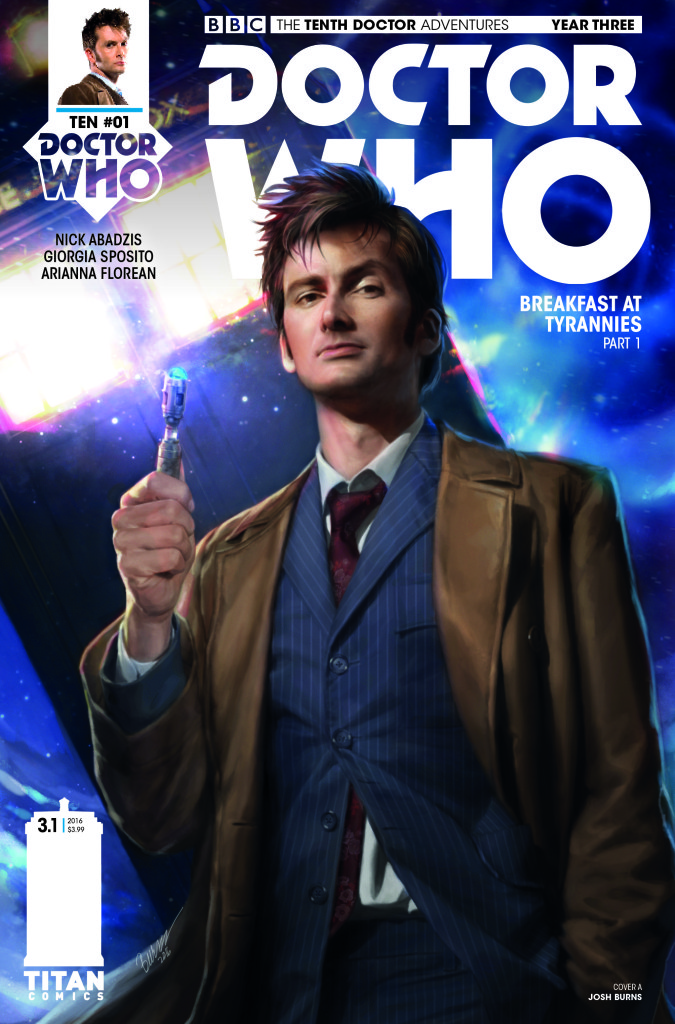 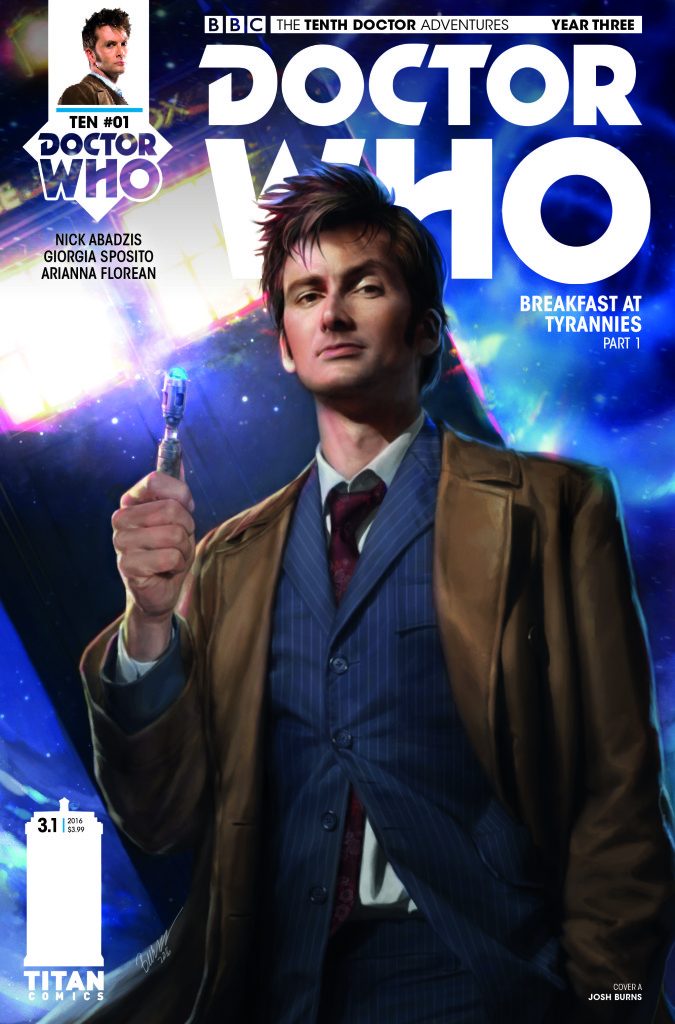 David Tennant’s portrayal of The Doctor continues in year three of Doctor Who: The Tenth Doctor

2016 was a rough year for Whovians. Showrunner Steven Moffat jumped ship to Sherlock and only left fans with a Christmas special as the lone episode all year and he has yet to give a 2017 release date for the new season. With the severe lack of new Doctor Who adventures, Titan Comics has stepped up to fill the void. Releasing comics featuring several iterations of everyone’s favorite Time Lord, they have something for everyone going through this year plus without new Who.

In their latest offering, Titan follows the fan-favorite Tenth Doctor as he begins a new story arc with his companions Gabby and Cindy.

Throughout the mysterious first issue, The Doctor, Cindy, and Gabby appear to have had their memories erased. Separated, each of them attempts to remember their previous life as they wind their way toward a strange tower in the middle of the city. Working only on a hunch, The Doctor braves the tower’s security only to make a jaw-dropping discovery.

This issue does a wonderful job fleshing out The Doctor’s companions Gabby and Cindy. By seeing them dropped back into their pre-Doctor lives, readers get a better feel for these brave and faithful companions. Readers also get a familiar look at The Doctor. His memory may be gone, but his curiosity and determination remain firmly intact.

Giorgia Sposito’s wonderful artwork brings David Tennant’s Tenth Doctor back to life in amazing detail. He and his companions have never looked better on the printed page!

If you are looking to fill the Moffat-sized hole in your heart, this comic has the story and artwork that will make any Whovian forget about the year-long TV absence.

Rating: 9.75 out of 10. A fun introduction to a new story arc that will leave readers counting the days to the next issue.