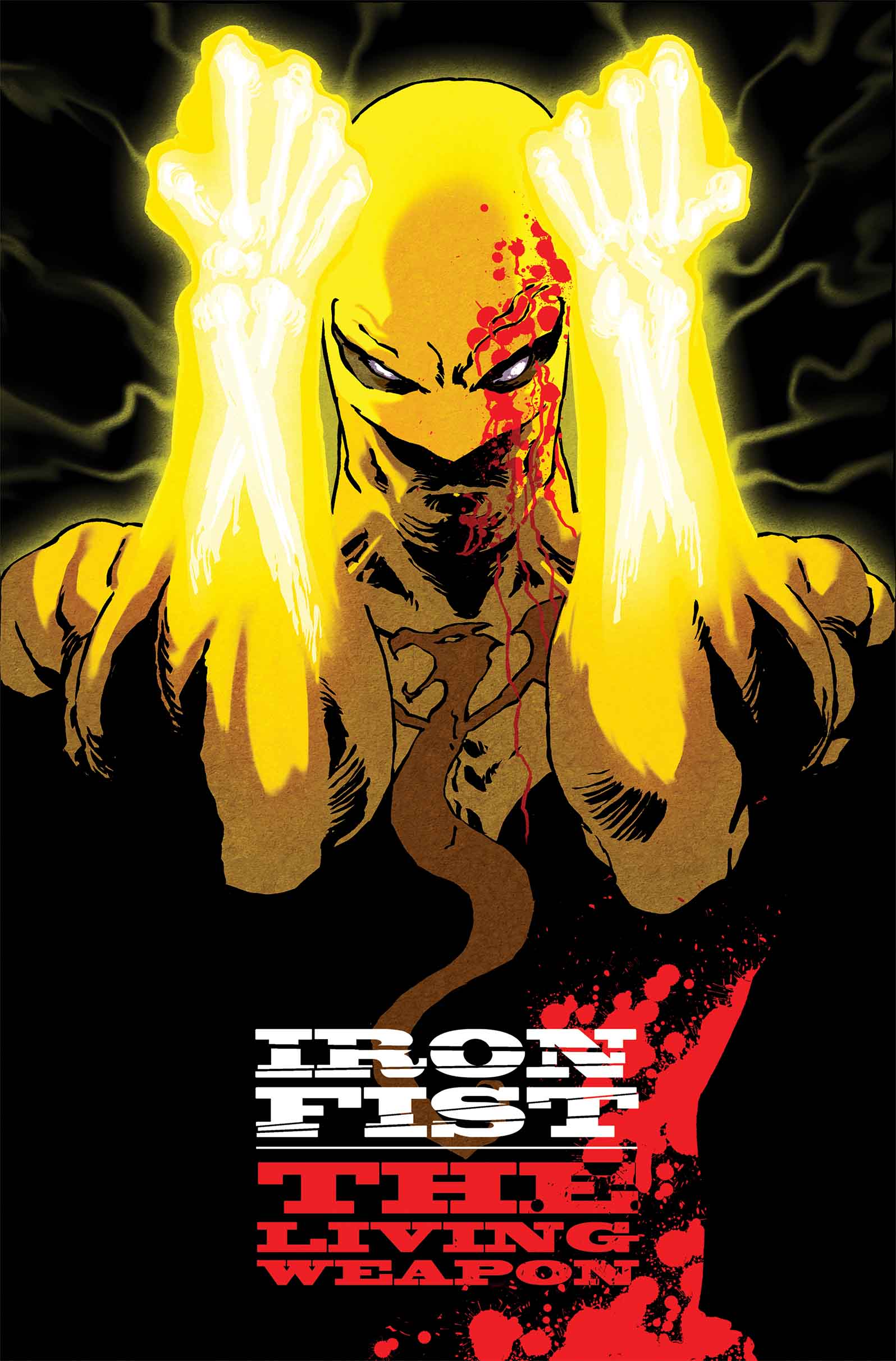 (California)– Iron Fist- the Marvel Comics martial arts master that rocks yellow and green, popped his collar, has a tattoo across his chest, and…wore slippers. Yet, I didn’t care, Iron Fist was always a bad ass in my book, even during his Heroes For Hire days with Luke Cage (Sweet Christmas!) But a few years back, a certain team of Matt Fraction and David Aja made Iron Fist a legend with their run, The Immortal Iron Fist. But then the character fell back from popularity, save for being in the Ultimate Spider-Man cartoon… but that wasn’t the Iron Fist, that was a kid! Now, in 2014, we are once again shown the Iron Fist in his true nature with Iron Fist: The Living Weapon.

The book is written and drawn by Kaare Andrews; and if you are a comic book fan, that name should mean something. Andrews has created some of the most stunning Marvel visuals in recent memory, so to see this artist go on to tackle the entirety of this book, I couldn’t be happier.

My thoughts were confirmed: this book rocks.

Who’s Iron Fist? That would be Danny Rand, martial arts master who is able to focus all of his chi into his fist, hence the name. He was trained in a mystical land call K’un L’un, and has been fighting the good fight ever since. But this take on the Iron Fist shows the kind of man he is behind the mask: seeing what he has seen, going through everything he has, like losing his family while hiking in a blizzard, it had an effect on him, and for me anyways, this is the first time I have seen this side of the character. As the tag line in the book goes: he chose death over life: what exactly that means begins to unfold here. Of course, we also see some great martial arts action done in sequential perfection, but what else would you expect from a book call Iron Fist?

Andrews style is a perfect match here, as we see classic comic book elements mixed with graphic design elements, creating a very pleasing adventure from start to finish. I was hoping, REALLY hoping, this book would be good, and I was wrong. It’s amazing. It’s an action flick rolled into comic panels, but done the right way. The energy and emotion leaps off the page, and by the end of it, you want more… I know I did. How can I give Iron Fist: The Living Weapon #1 anything less than a 10 out of 10? I can’t, and that’s what it gets, a perfect score. Pick it up, you won’t be disappointed.