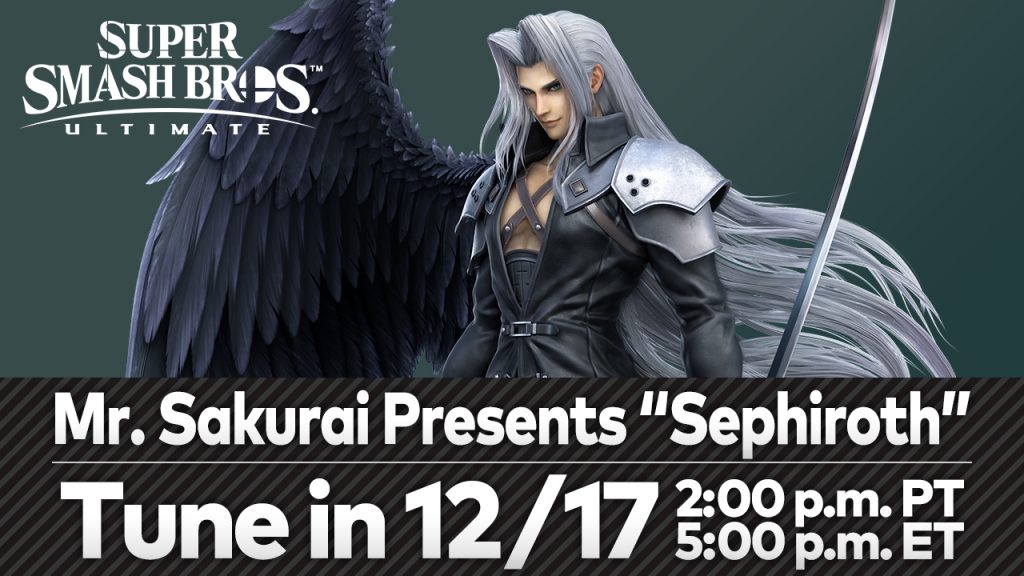 Sephiroth From the FINAL FANTASY Series Slices His Way Into Super Smash Bros. Ultimate as a Playable DLC Fighter

Fans that want to play the first two games in the Ghosts ’n Goblins series will be able to do so with the just-announced Capcom Arcade Stadium game, a digital collection of 32 classic Capcom games, coming to Nintendo eShop on Nintendo Switch in February 2021. The game collection includes WWII-shooter 1943 – The Battle of Midway – as a free download, with additional packs that can be purchased containing more games, including classics like BIONIC COMMANDO, STRIDER and SUPER STREET FIGHTER II TURBO.

A new trailer for Monster Hunter Rise from Capcom was also shown off during The Game Awards. The new trailer for the action-filled game, which launches for Nintendo Switch on March 26, 2021, revealed new monsters and a new location, as well as an announcement that a free downloadable demo for the game will hit Nintendo Switch in January 2021. More details about the demo will be announced in the future.

“We hope the numerous fans who watched The Game Awards were excited about the reveal that legendary character Sephiroth is joining the cast of Super Smash Bros. Ultimate,” said Nick Chavez, Nintendo of America’s Senior Vice President of Sales and Marketing. “We are very happy to be a part of another great TGAs, and thrilled to show fans a small preview of what’s to come for Nintendo Switch in 2021.”

Nintendo also announced this morning that players can save up to 33% off the digital versions of select Nintendo Switch games, including Fire Emblem: Three Houses, which won Best Strategy Game and Player’s Voice Award at The Game Awards 2019; Ori and the Will of the Wisps, which was nominated in a number of categories at this year’s show, including Best Art Direction and Best Action/Adventure; CARRION, which was nominated for Best Indie and Best Debut Game; and Raji: An Ancient Epic, which was also nominated for Best Debut Game this year. Fans can head to Nintendo eShop on Nintendo Switch for a full list of discounted games or visit https://nintendo.com/deals.

1 thought on “Sephiroth From the FINAL FANTASY Series Slices His Way Into Super Smash Bros. Ultimate as a Playable DLC Fighter”