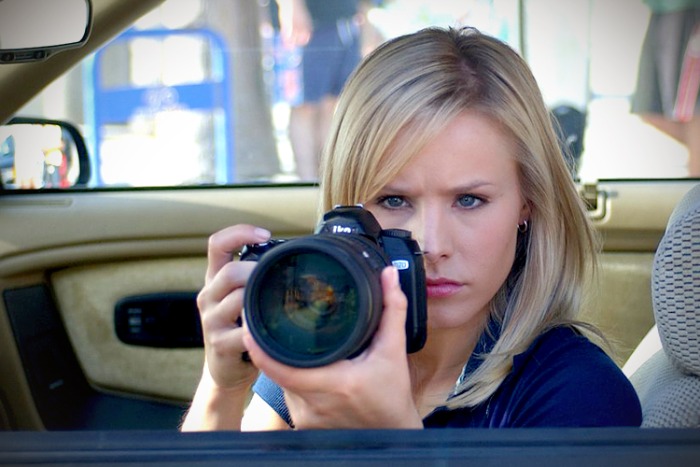 The show is about Veronica (Kristen Bell), a sarcastic teenager residing in sunny Neptune California, a picturesque beach town in Southern California. She used to be one of the popular kids; she is now an outcast who keeps a small group of friends. But her life is anything but ordinary. When she isn’t studying or helping out at her dad’s private eye business, she is solving mysteries at her high school, some of which put her in more danger than she could ask for.

On the surface, Neptune seems ideal. But it’s far from it. It’s full of its secrets. Veronica’s dad, Keith Mars (Enrico Colantoni) used to be the town sheriff. When Lily Kane, a member of one of the most prestigious families in Neptune, winds up dead, Mars believes that the patriarch is to blame. This was his mistake. With power and money on his side, Jake Kane does everything in his power to force Keith down as sheriff, and he succeeds. With that, Veronica and her dad were on their own, shunned by their former friends and most of the town itself. Keith becomes a private eye, and the rest is history.

Surrounded by a diverse cast of characters, Veronica is on a mission to restore her families legacy. Whether it’s her trying to solve her best friends murder, finding a missing dog, figuring out who leaked a sex tape, or who wanted to blow up a school bus full of students, there is never a dull moment in Neptune.

Like any great television show, “Veronica Mars” is a lot of fun. It will continuously keep you guessing until the very end. It is so full of twists and turns that it keeps you on the edge of your seat, especially the season-long story arcs. Each episode is chock-full of its own mysteries to solve, so there is plenty of detective work to feast your eyes on. Add teenage drama and angst to the mix, and you have a perfect recipe for great television.

What also makes the show so great is it’s creative team and perfect cast. The writing on the show is phenomenal; some of the best writing I have ever seen. Being able to fuse the mysteries and character drama is an art, and they nail it every time. The dialogue is smart and witty, but also believable. The cast is incredible as well; they were born to play these characters. You are invested from the first episode and care about these people, even the ones that have questionable motives. It’s the combination of great writing and great acting that makes the stories shine as much as they do.

The real core of the show is the relationship between Veronica and her father. It is their story, and how they cope and survive in this world that they have been shunned from. It’s about dealing with loss and learning to deal when all you have is each other. Their relationship is so real and full of heart that it’s hard to imagine that they are not dad and daughter in real life. It’s one of the greatest things in a show that has many great moments.

To put it simply, it is one of of the smartest teen dramas of the past 20 years. Calling it a teen drama is deceiving though, because it is much more than that. It’s about the darkness in all of us, but the facade we put on for the world to see. It is about the line that defines what is right and what is wrong, and how far we are willing to go to the other side to protect the ones we love.

Stay tuned for more on Veronica Mars, including reviews of previous seasons and the movie, favorite episodes and more.