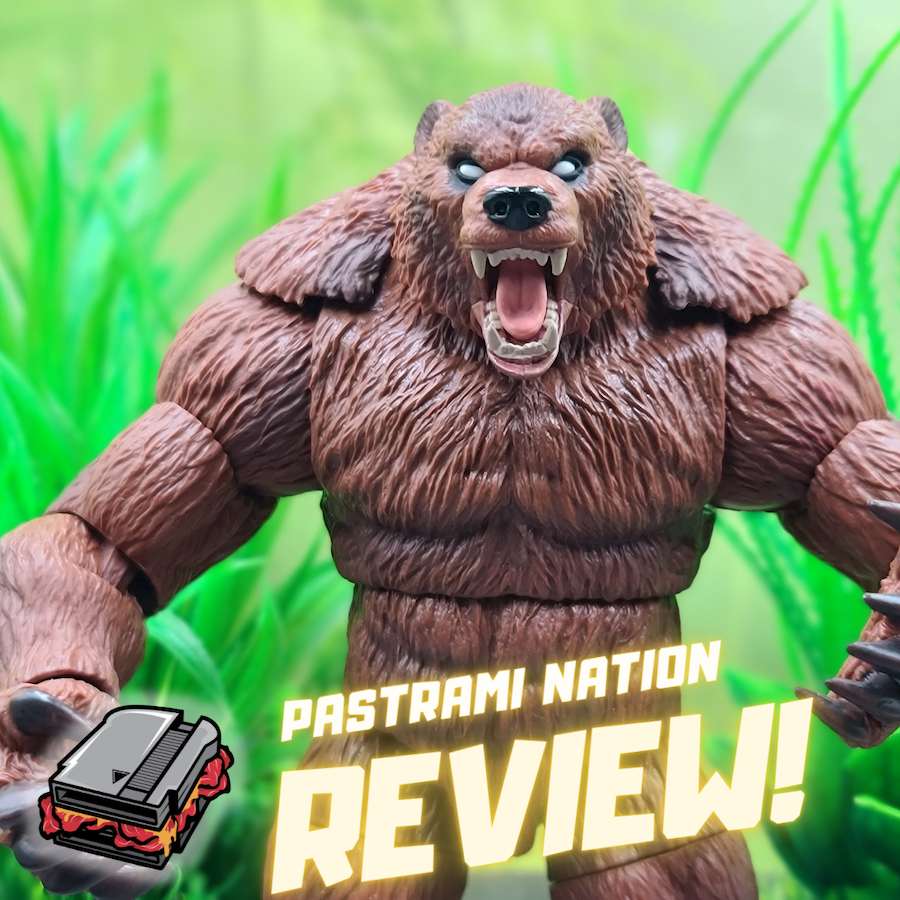 The latest wave of Hasbro’s popular Marvel Legends figures hits it out of the park in a major way. An Ursa Major way! What is being dubbed as “the Iron Man” wave fires on all cylinders, giving us seven outstanding action figures, most of whom are Iron Man related, and what I find to be one of the best Build A Figures in recent years, a big freakin bear guy!

For those who don’t know the character, Ursa Major is a colossal mutant “were bear” that first appeared in Incredible Hulk #258 and is everything you could ask for in a huge mutant bear figure. From his massive build and his open pawed hands complete with bear claws, this guy is ready to tear the face off of your other action figures. My only gripe would be that his mouth is stuck in the open position. It’s nothing major, no pun intended, but I would have loved to see a hinged jaw feature, but I should be thankful that Hasbro didn’t make him with a completely closed mouth.

All in all, a great figure; in fact, all the figures in this wave a top-notch. There are no terrible figures, which is often the case with some past Marvel Legends waves, where you find yourself on eBay trying to snatch up the completed figure of just the parts to build your own because you really don’t want or need an Eel figure or an Arcade figure. It is not the case for this wave, though. I bought the whole wave on the spot as soon as I saw them, and you should, too. It is a significant step in the right direction as far as your action figure collection goes.