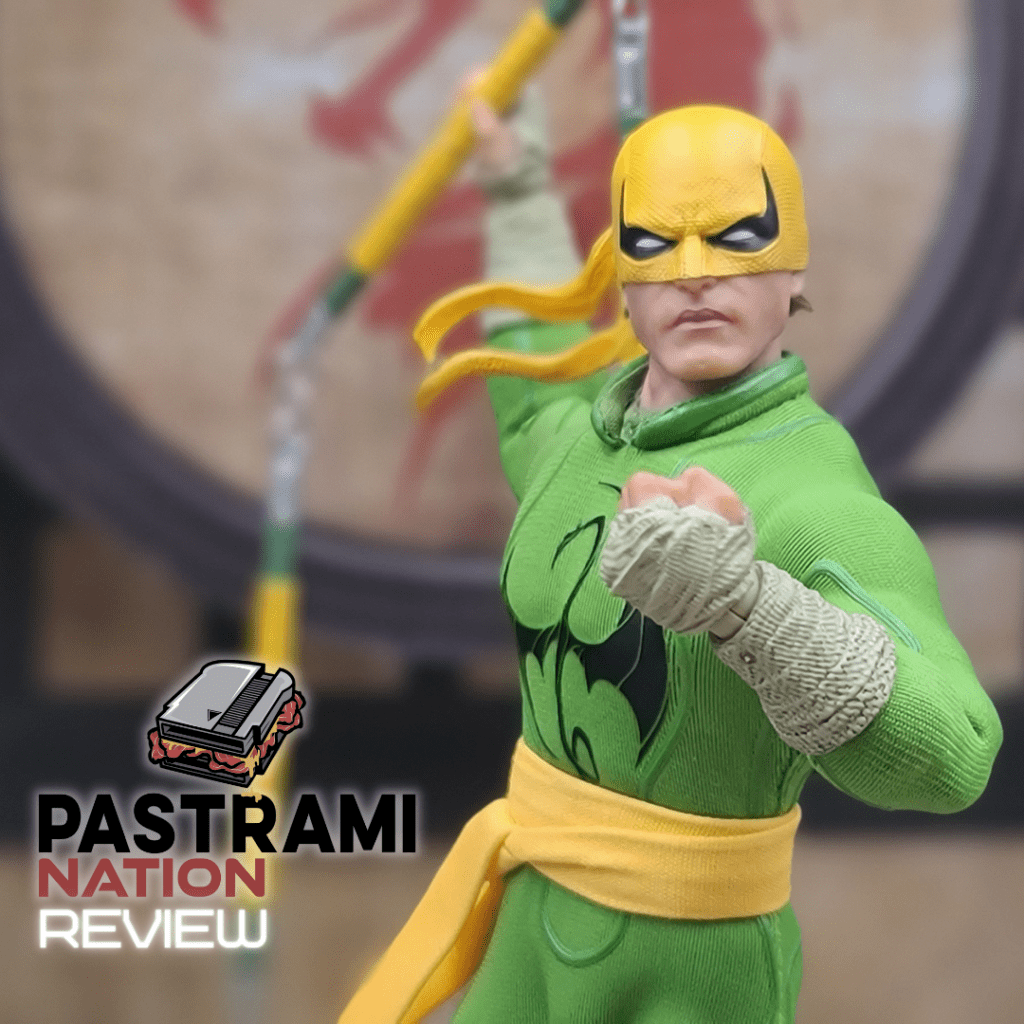 Iron Fist comes complete with an awesome jumpsuit, sculpted bandaged hands, weapons, energy effects, an unmasked head, as well as a figure stand. Mezco really outdid themselves on this one. The sculpting is fantastic, and the articulation is hindered by the costume at all. I love the choice of hands; you have so many to choose from. Plus, some energy effects are hand attachments, as well as they have their own peg and fit right into the wrist.

Mezco continues to raise the bar every year and with every release. Many slept on this release and are regretting it. Rightfully so- Iron Fist is terrific. The added wire sash, which wasn’t originally going to be included, really brings the whole design together. I can’t stress how much detail went into this release and how Danny Rand is now the standard-bearer for Marvel Mezco One 12 Collective figures.

I don’t have any real gripes with this figure. It has incredible detail, an outstanding range of motion, tons of accessories, and overall looks fantastic. It is one of the best figures Mezco has released and should not be missed!