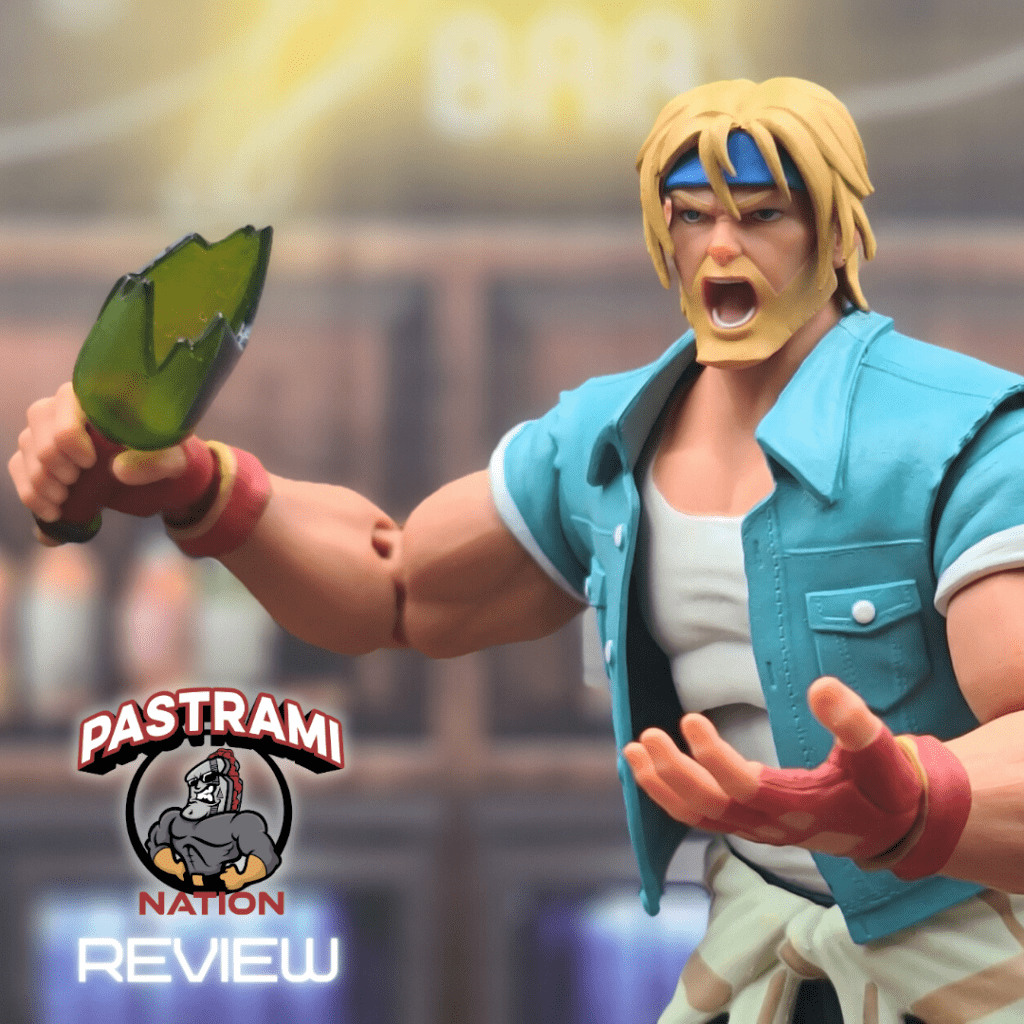 When you think of classic beat’em up video games, Streets of Rage comes to mind. Recently, Streets of Rage 4 hit the modern consoles, a game that retained the spirit of the classic beat’em up while updating the graphics to an animated feature flair to it. Thanks to Bluefin and Storm Collectibles, we get one of the main playable characters immortalized in plastic with Axel Stone’s release.

For those who are not familiar with Storm Collectibles- the company releases some of the best 1/12 scale action figures on the planet. With Axel, I feel they have outdone themselves. The figure boasts a fantastic amount of articulation, multiple swappable hands, two extra heads, an extra hairpiece, and loads of accessories. Let’s start with the figure itself- this is a beefy, sturdy figure. The face sculpts for Axel are outstanding, as it looks like he jumped off the video game screen. He has a mix of hard and soft goods plastic, which allows for a fantastic range of motion and tons of posing possibilities. I really like that the figure has soft plastic hands, which makes posing with weapons and such a breeze. Why more companies aren’t doing this is beyond me.

On to the accessories: this figure is loaded. From a cleaver, sai, knife to a baseball bat, spear, bottle, and my personal favorite, the broken bottle- I am super impressed by everything this figure comes with. Axel also has a few flaming fist effects, which are impressive. He also includes a spear- it’s like a plethora of the items you could pick up in the side scroller game. For me, Axel has the best accessories I have seen in a Storm Collectibles figure, hands down.

This is an amazing figure. Axel is brought to life in one of Storm Collectibles’ best releases to date. If they would just release a Final Fight wave, it would be the perfect complement to the Streets of Rage. Highly recommended.