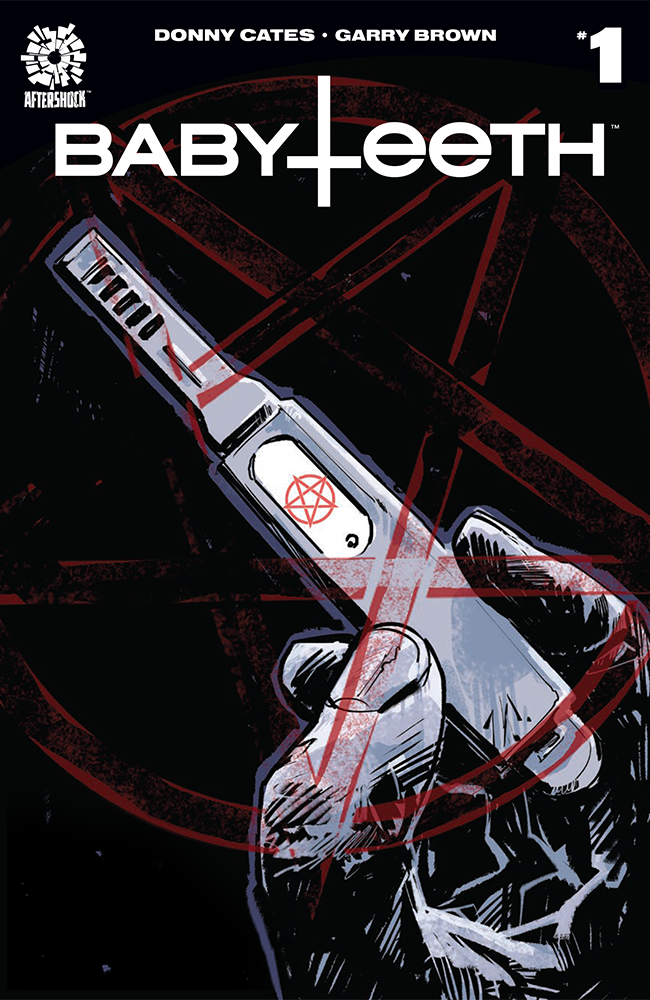 AfterShock Comics has brought the world a variety of books: from a legendary historic hero team up to a world overran by talking animals. Now, AfterShock brings us the beginning of the end with Babyteeth.

When earthquakes announce the arrival of little baby Clark, his naive mother of 16, Sadie, has no idea what she’s unleashed. She even believes he saved the world with his first breath, and goes so far as to name him after a superhero. Told in flashback, we are given hints that her perfect little savior is not quite what he appears, and some unknown character gives the baby sinister names, like the King of Ash, the Final Son, and the Antichrist.

Writer Donny Cates (Redneck, God Country) takes an old fear and brings it to modern times with a fresh, new spin. I love that the unsuspecting mother does not think her child is wicked or will bring about the end times. Garry Brown (Black Road, The Massive) does this book justice. It appears as though he delicately crafted each dark and twisted page from this awesome AfterShock Comic series.

I look forward to seeing how this tale will unfold and any horror fan should gladly added this book to their pull list.