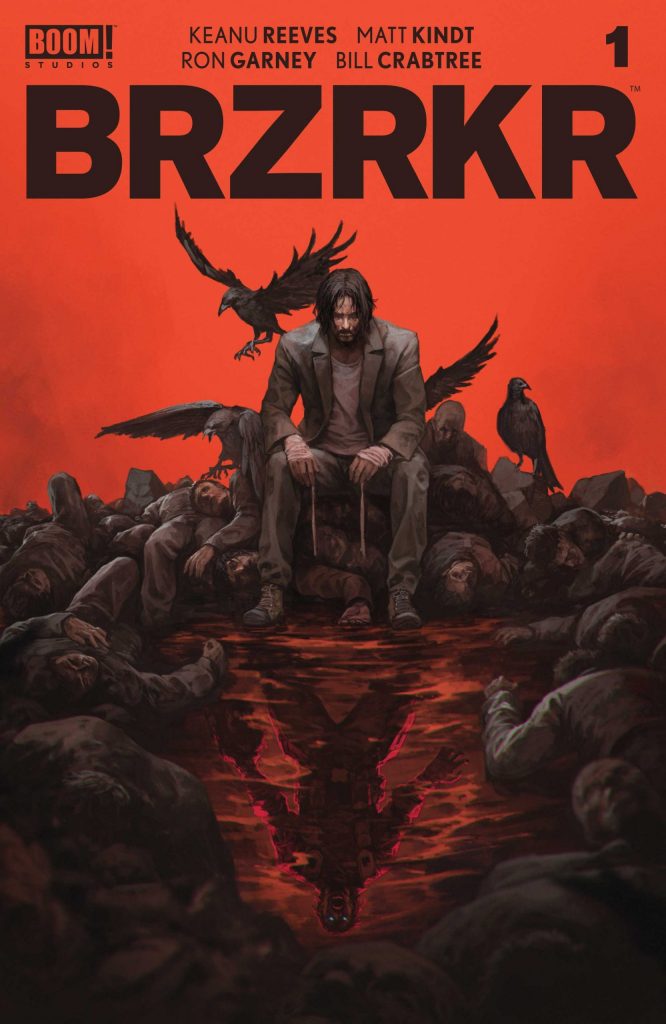 If there is a book I have been anticipating more than any other, it’s this one. Since it was first announced, I have been eagerly awaiting the release of BRZRKR. From Keanu Reeves, Matt Kindt, and Ron Garney, the book was billed as an immortal action romp. We get so much more than that.

Our lead character is pretty much Keanu Reeves. Think of John Wick, who has lived and lost forever, and you get the picture. We see him dispatched to take out a target. And wow, does he take out the targets. A bloody, r-rated sequence of brutality ensues, and our hired killer goes on a cinematic gorefest, putting his own body at stake at every turn. We learn more about this mysterious lead character and exactly how long he has been alive, as well as what his one goal is.

It’s hard-pressed to not like a book like this if you are me. It’s an action film told through the lens of sequential art. Reeves and Kindt nail the story and dialogue: you literally can hear Keanu speaking as you read his characters dislodge. Garney is a legend in the comic book industry, and I am thrilled he is the artist that gets to bring this story to life. From the designs to the insane action sequences and the emotion seeing in the facial expressions, Garney is a master of his craft, and it shows.

Boom! Studios has an absolute hit on their hands with this book. It broke records on pre-orders, and after reading the debut issue, the hype was worth it. Check out the podcast below as well, as our panel dissects and reviews this issue as well. For me, this was amazing. BRZRKR is a non-stop thrill ride from beginning to end.