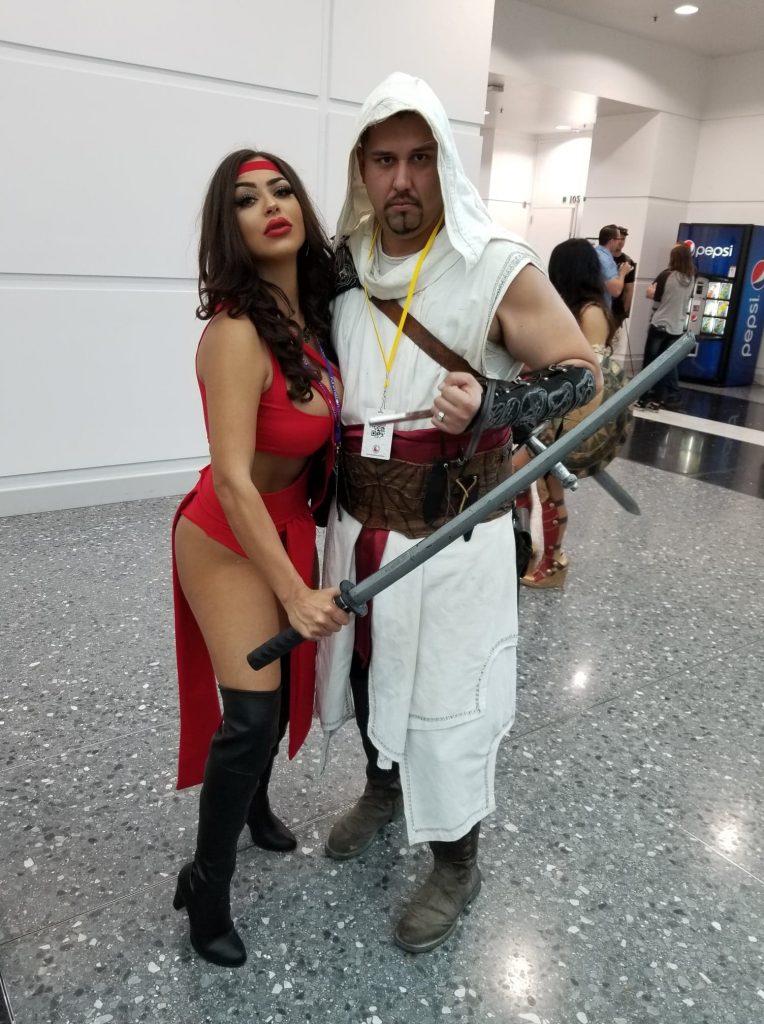 (Victor Valley)– Comic book artists and writers, cosplayers, and some of the most famous voice actors in the world descended on to the Inland Empire as Comic Con Revolution took over the Ontario Convention Center this weekend.

“It’s great to have an event like this in our back yard, and this is an event that can challenge some of the other smaller conventions,” said Hesperia resident Joshua Gilmore. “I would say the best part of the event is catching up with people from conventions past, such as Steve J Palmer, who currently is the voice of Wild Bill in the Red Dead Redemption universe.”

The convention had a host of comic book companies as well, including Aspen Comics, Top Cow, TKO Presents, and more, all with stories that span the imagination. The convention took place May 18th and 19th, bringing fans, vendors, and celebrities together for the love of pop culture. The well organized and well-structured convention floor is one of the most organized floor plans I have seen in my years of covering conventions. With a separate room dedicated to autographs, the floor plans made total sense and was much appreciated by the attendees.

Cosplayers were out in full force as well: from Superman to Harley Quinn, to Doctor Who to Overwatch, there was something from just about every part of pop culture. The dedication and hard work that goes into cosplay cannot be stressed enough, and Comic Con Revolution had some fantastic cosplayers.

I really enjoyed the third year of Comic Con Revolution- Ontario. I have seen this convention grow from year one, and I am excited for what the 2020 convention will hold.

For more information, go to http://www.comicconrevolution.com/ontario.