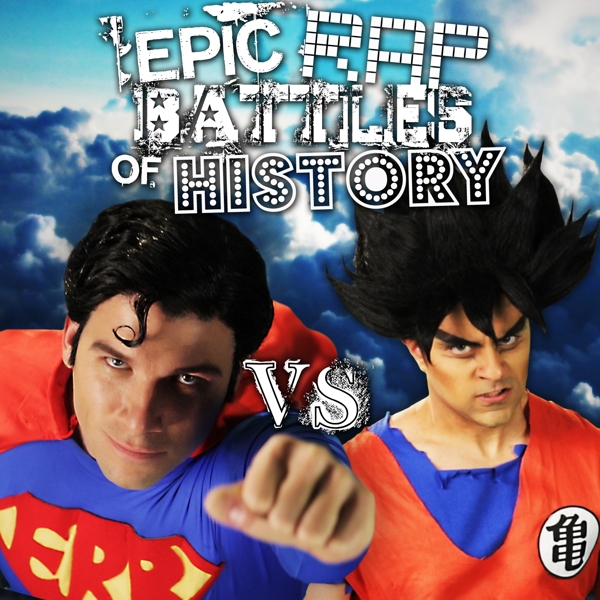 On the heels of their hit video “Walter White vs. Rick Grimes,” which has received more than 10 million views since its debut on May 5, “Epic Rap Battles of History” (ERB), Maker Studios’ record-breaking series is back with its eighth battle of the season: Goku vs. Superman, featuring special guest Ray William Johnson. This battle is one of the most popular ERB fan suggestions of all time.

Check it out as the iconic Man of Steel puts the smack down on Goku, the hero of the popular anime series Dragon Ball Z. Who won? You decide.

With more than 1.5+ billion series views to date, ERB is one of the Top 10 most subscribed entertainment channels on YouTube. Popular battles in the series have included Barack Obama vs Mitt Romney, Steve Jobs vs Bill Gates, Mozart vs Skrillex, among others. ERB has also featured cameos from artists including Snoop Lion/Dogg, Comedy Central’s Key and Peele, Jenna Marbles, the #1 most subscribed female on YouTube, comedy duo Rhett and Link, to name a few. You can check out ERB online at: www.youtube.com/ERB