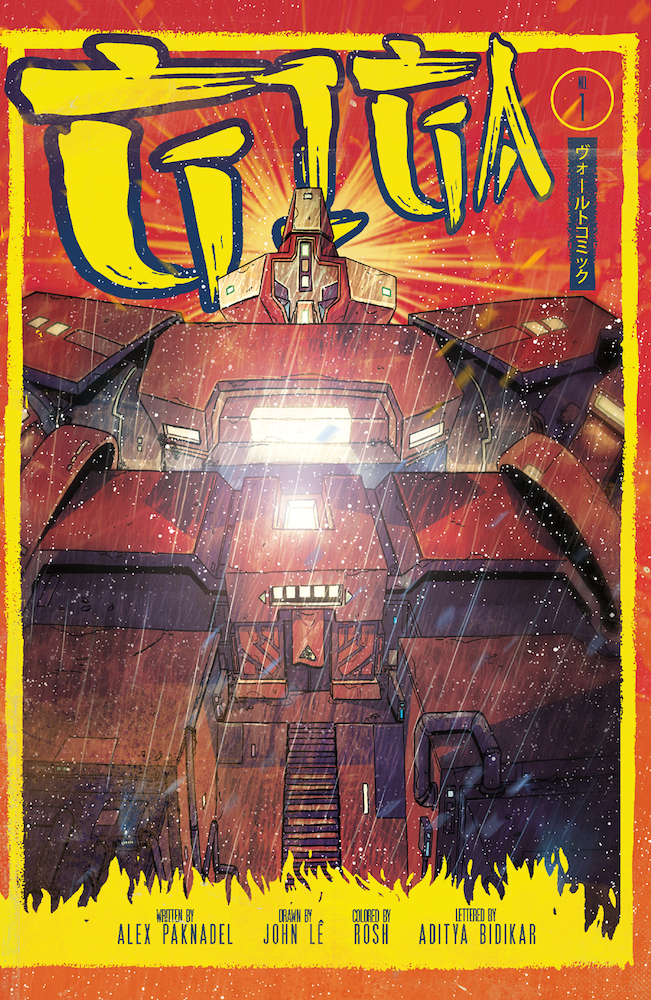 Vault Comics’ sold out, smash-hit comic GIGA is getting an exceptional, hyper-limited edition variant cover featuring beautiful spot foil and gloss, on deluxe heavyweight paper. With cover art by John Lê, and designed by Tim Daniel, this limited edition of 100 copies will never be reprinted.

The collectible cover ships direct from Vault, bagged and boarded, in a Gemini mailer. Purchases will begin shipping during the week of December 13, 2020.

Giga is co-created and written by Alex Paknadel, co-created and drawn by John Lê, colored by Rosh, lettered by Aditya Bidikar. 32 pages, plus cover. Full color. The synopsis for Giga #1 can be read bellow:

Nolan Smith
0
Tags :
Get your hands on the rarest cover of the year's hottest comic