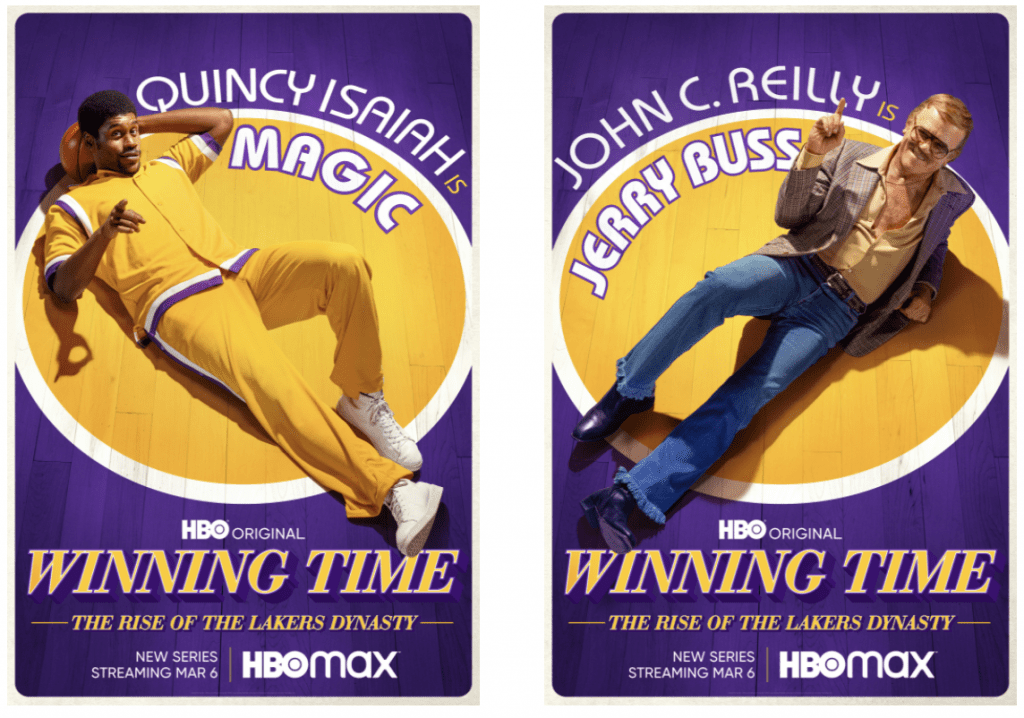 HBO has released official character art for WINNING TIME: THE RISE OF THE LAKERS DYNASTY, highlighting the dynamic cast. The ten-episode series debuts SUNDAY, MARCH 6 (9:00-10:00 p.m. ET/PT) on HBO and will be available to stream on HBO Max.

WINNING TIME: THE RISE OF THE LAKERS DYNASTY is a fast-break series about the professional and personal lives of the 1980s Los Angeles Lakers, one of sports’ most revered and dominant dynasties — a team that defined an era, both on and off the court.

Based on the book “Showtime: Magic, Kareem, Riley and the Los Angeles Lakers Dynasty of the 1980s” written by Jeff Pearlman.