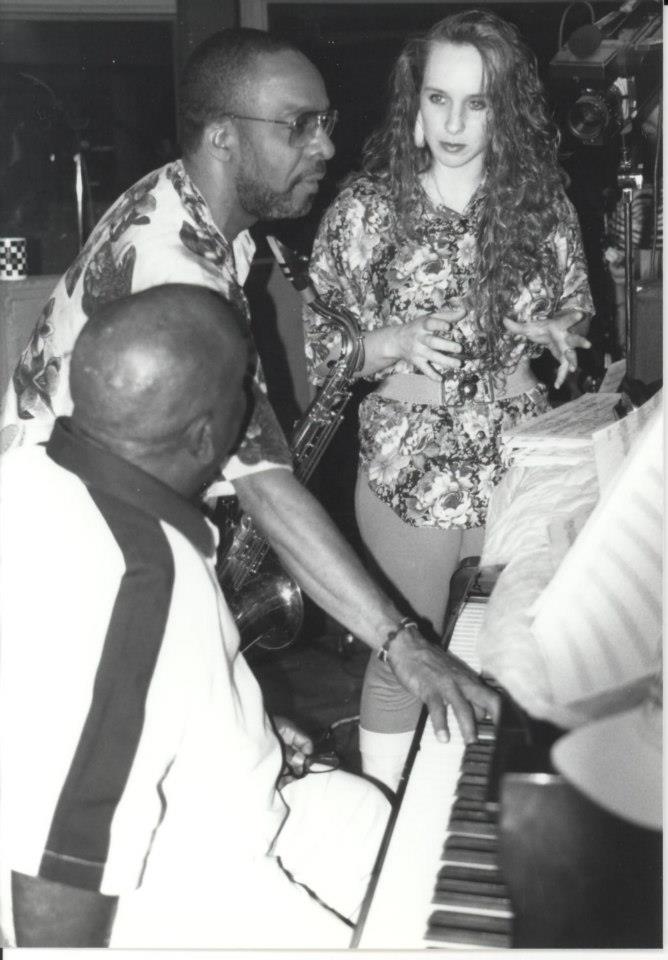 Help Us Kickstart An Amazing Project: His Time is Now-Johnny “Hammond” Smith

The music vibrates through your very being. The imaginative, layered sounds of jazz are something that has to be heard firsthand to understand. Considered the Great American Art Form, Jazz has brought amazement in many forms: one of those forms is known as Johnny “Hammond” Smith, and right now, you can help his music live on.

Johnny “Hammond” Smith is known as one of the best jazz organist and keyboardist of all time, having recorded an incredible 57 albums under his own name between the 1950’s through the 1970’s. That’s not counting the over 30 albums he worked on with fellow artists. With albums ranging from Have You Heard to Gears, Smith is highly regarded as an influence on not only the jazz genre, but of music as a whole. Johnny sadly passed away in 1997 from cancer at his home in Hesperia, leaving his wife to raise their three kids without their famous father. Smith’s widow, Victorville resident Cheryl Smith, sat down with us and talked about Smith, his music, their kids, and the impact he left on the music industry to this day, including discovering the legendary Grover Washington Jr.

In a hand written letter on the Johnny “Hammond” Smith Facebook page, Grover expresses his gratitude to the man who gave him a shot, saying, “You set the standard of excellence.” Cheryl Smith reflected back on how Smith gave Washington his shot, “Johnny was signed by CTI records at the time, out of New York, and he had gotten into real estate. He wasn’t doing records as much anymore, but he knew he had a couple left in him to do. Creed Taylor, of CTI, said “I want you to use Hank Crawford on your next album.” He was like “No, I got this kid I want to use; out of sight sax player.” He was like “no, I want you to use Hank Crawford.” Johnny said, “Well, then I’m not going to make the record.” So they went back and forth until Creed finally said “fine, bring him out here.” That album was What’s Going On and that was Grover’s first recording appearance and the rest is history.”

Smith’s impact didn’t stop with jazz, as Cheryl beamed with joy as she told us about the hip-hop generation that is affected by Smith’s jazz-funk, along with Grammy Award winning artist/songwriter Erykah Badu. “Even though he was a jazz organist, he was so influential in the hip hop scene. Erykah Badu, Dr. Dre sampled some of his stuff, the Beastie Boys, Jamiroquai. In fact, I just had a conversation with Erykah Badu last week, I hung out with her for a little while. She was like “Common was the one who introduced me to Johnny. You have no idea the impact he had on us; on us hip hoppers.”

Cheryl met her husband to be back at Cal Poly University, where Johnny was an Artist at Residence and Cheryl was one of his students in his Jazz Vocal Stylings class. Throughout their marriage, Cheryl told us Johnny placed the emphasis on her career, which is why she sees now as Johnny’s time to shine. His Time is Now: that is the title of the album that is up on Kickstarter and in need of support. The album is nine tracks long and full of Smith’s unreleased works. The project aims to digitize the works from one-inch reel tapes to a digital format that will be released digitally, on CD, as well as on a vinyl LP. Pledge levels range from getting the album digitally, to a physical copy, as well as exclusive merchandise like T-Shirts and notebooks.

“I called it His Time is Now because his time is now.” Cheryl said with a never-ending smile. “It’s time to pull open the vaults of time, if you will, and listen to some of it. This first album we are looking at will have nine songs on it, heavy funk, just some good jazz on it.”

The High Desert has been the home to Johnny, Cheryl and their family for some time, something that Cheryl is very proud of. “Johnny and I moved up here when our oldest son was six weeks old. He’s twenty-three now. So we’ve been in the High Desert that long. It kind of makes you think that it doesn’t matter where you live or where you stay: if you’re great, you’re still great. There are great people everywhere. To be able to capture that creativity and embrace it in the High Desert is kind of cool. It’s a good thing, it’s positive; it’s history for the people here. You don’t have to go to LA to find history; you can go to the outskirts of any major city and feel something powerful. Whether it’s jazz, whether it’s the arts, or whether it’s the next kid that launches a rocket to space; it can happen anywhere, and I think that’s what Johnny showed.”

To donate to the project, which ends on February 20th, as well as to listen to some of Johnny’s music and see what it is all about, head over to the Kickstarter page at http://www.kickstarter.com/projects/182501700/johnny-hammond-smith-his-time-is-now.

1 thought on “Help Us Kickstart An Amazing Project: His Time is Now-Johnny “Hammond” Smith”