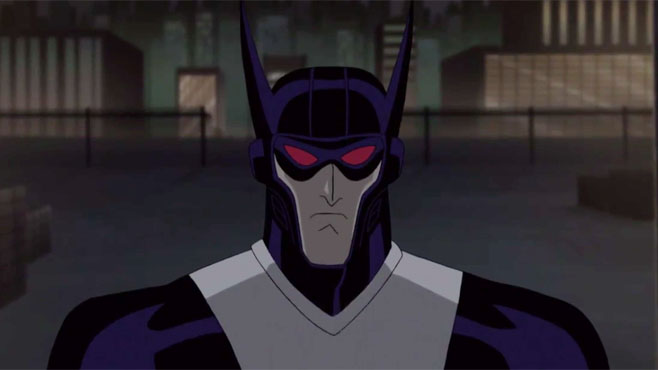 Bruce Timm, the man behind some of the most iconic animated series of all time (Batman: The Animated Series, Justice League Unlimited) is back with another animated project with DC Comics. This time, its an alternate take on the universe that’s for a mature audience with Justice League: Gods and Monsters. The animated film hits stores and online on July 28th, but thanks to Machinima, we get three different looks at the film; I posted the Superman short earlier, next up is the Dark Knight, Batman.

This is not the Batman we know and love, heck, its not even Bruce Wayne. Instead, the man behind the cowl is Kirk Langstorm, also known as Man-Bat. Voice by “Dexter” himself, Michael C. Hall, check out a very disturbing and brutal short featuring this new Batman take on clown princess of crime, Harley Quinn.